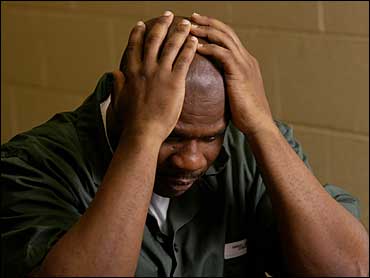 More than 100 young women who expressed interest in joining the military in the past year were preyed upon sexually by their recruiters. Women were raped on recruiting office couches, assaulted in government cars and groped en route to entrance exams.

A six-month Associated Press investigation found that more than 80 military recruiters were disciplined last year for sexual misconduct with potential enlistees. The cases occurred across all branches of the military and in all regions of the country.

"This should never be allowed to happen," said one 18-year-old victim. "The recruiter had all the power. He had the uniform. He had my future. I trusted him."

"He said to her, outright, if you want to join the Marines, you have to have sex with me," Vogel said. "She was a virgin. She was 17 years old."

The ranking Democrat on the House Armed Services panel has responded to the investigation, saying "outrageous" misconduct by military recruiters needs tougher penalties.

At least 35 Army recruiters, 18 Marine Corps recruiters, 18 Navy recruiters and 12 Air Force recruiters were disciplined for sexual misconduct or other inappropriate behavior with potential enlistees in 2005, according to records obtained by the AP under dozens of Freedom of Information Act requests. That's significantly more than the handful of cases disclosed in the past decade.

Biden: Hurricane Ian "could be the deadliest hurricane in Florida's history"
Thanks for reading CBS NEWS.
Create your free account or log in
for more features.
View CBS News In
CBS News App Open
Chrome Safari Continue
Be the first to know
Get browser notifications for breaking news, live events, and exclusive reporting.