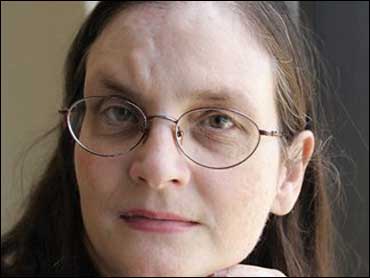 The victims' advocates who dogged the Roman Catholic Church over sex abuse by its clergy have now turned their attention to the Southern Baptists, accusing America's largest Protestant denomination of also failing to root out molesters.

The Chicago-based Survivors Network of those Abused by Priests has started a campaign to call attention to alleged sex abuse committed by Southern Baptist ministers and concealed by churches.

SNAP presented a letter Monday to Southern Baptist Convention executive committee members in Nashville, asking the group to adopt a zero-tolerance policy on sex abuse and to create an independent review board to investigate molestation reports.

Church leaders concede there have been some incidents of abuse in Southern Baptist congregations, but say their hands are tied when it comes to investigating complaints across the denomination.

Unlike the Catholic Church, with its rigid hierarchy, Baptist churches are independent. They make their own decisions about hiring ministers and conducting investigations, Baptist leaders say.

"They don't want to see this problem," said Christa Brown, a SNAP member from Austin, Texas, who says she was sexually abused as a child by a Southern Baptist minister. "That's tragic because they're imitating the same mistakes made by Catholic bishops."

In the past six months SNAP has received reports of about 40 cases of sexual abuse by Southern Baptist ministers — with some of the incidents dating back many years, Brown said. SNAP leaders hold that abuse is typically underreported because being molested is such a painful experience that victims often wait years before stepping forward.

Southern Baptist Convention President Frank Page said the denomination plans to teach its churches how to conduct background checks, and to require letters of recommendation for job candidates.

But he said the Southern Baptist Convention does not have the legal authority to create an independent board to investigate abuse complaints.

"As much as possible within our structure, we're going to assist churches," Page said. "We're deeply concerned about this. We believe children are the most precious gifts from God."

Southern Baptists passed a resolution in 2002 urging its churches to discipline ministers guilty of sexual abuse and to cooperate with authorities in their prosecution.

But Brown said that is not enough. She says the Southern Baptists need an independent review board precisely because there's no clear chain of command among Baptist churches. The SBC also does not keep a list of ministers who have been accused of abuse. Advocates say this means molesters could move from church to church.

"I believe kids are not safe in Southern Baptist churches," said Brown, who runs a Web site called the Voice to Stop Baptist Predators.

Bellevue Baptist, a megachurch near Memphis, fired a longtime minister, the Rev. Paul Williams, last month after he acknowledged sexually abusing his son 17 years ago.

The church's internal investigation found that church leaders, including current pastor, the Rev. Steve Gaines, knew about the abuse last year, but did not act immediately.

The investigation began in December only after the prodding of Williams' son, who asked Gaines why his father was allowed to continue as a minister even after leaders had found out about the abuse.

"I accept full responsibility and could have handled this in a more appropriate way," Gaines told the congregation last month.

In another case, Shawn Davies, a former music and youth minister at the First Baptist Church of Greenwood, Mo., pleaded guilty last month to molesting boys ages 12 to 16.