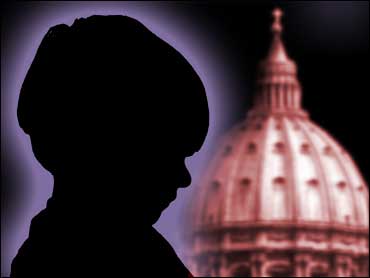 For decades, priests in this country abused children in parish after parish while their superiors covered it all up. Now it turns out the orders for this cover up were written in Rome at the highest levels of the Vatican.

The confidential Vatican document, obtained by CBS News, lays out a church policy that calls for absolute secrecy when it comes to sexual abuse by priests - anyone who speaks out could be thrown out of the church.

The policy was written in 1962 by Cardinal Alfredo Ottaviani.

The document, once "stored in the secret archives" of the Vatican, focuses on crimes initiated as part of the confessional relationship and what it calls the "worst crime": sexual assault committed by a priest" or "attempted by him with youths of either sex or with brute animals."

Bishops are instructed to pursue these cases "in the most secretive way...restrained by a perpetual silence...and everyone {including the alleged victim) ...is to observe the strictest secret, which is commonly regarded as a secret of the Holy Office...under the penalty of excommunication."

Larry Drivon, a lawyer who represents alleged victims, said, "This document is significant because it's a blueprint for deception."

Drivon said this proves what he has alleged on behalf of victims in priest-abuse lawsuits: that the church engaged in a crime – racketeering.

"It's an instruction manual on how to deceive and how to protect pedophiles," Drivon said. "And exactly how to avoid the truth coming out."

The U.S. Conference of Catholic Bishops said the document is being taken out of context, that it's a church law that deals only with religious crimes and sins. And that the secrecy is meant to protect the faithful from scandal.

"The idea that this is some sort of blueprint to keep this secret is simply wrong," said Msgr. Francis Maniscalco, a spokesman for the Conference.

"This is a system of law which is complete in itself and is not telling the bishops in any way about how to handle these crimes when they are considered as civil crimes," Maniscalco said.

But Richard Sipe, a former priest who has written about sex abuse and secrecy in the church, said the document sends a chilling message.

"This is the code for how you must deal with sex by priests. You keep it secret at all costs," Sipe said. "And that's what's happened. It's happened in every diocese in this country."

According to church records, the document was a bedrock of Catholic sex abuse policy until America's bishops met last summer and drafted new policies to address the crisis in the church.

“Vertical farms” may be the agricultural hotbeds of the future