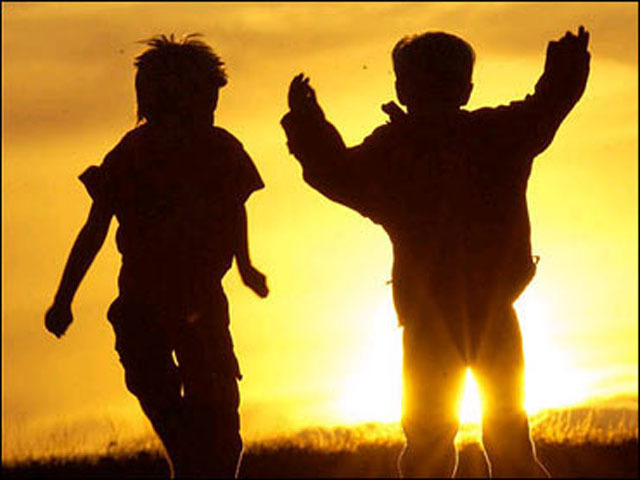 CHICAGO - A small but growing number of teens and even younger children who think they were born the wrong sex are getting support from parents and from doctors who give them sex-changing treatments, according to reports in the medical journal Pediatrics.

It's an issue that raises ethical questions, and some experts urge caution in treating children with puberty-blocking drugs and hormones.

An 8-year-old second-grader in Los Angeles is a typical patient. Born a girl, the child announced at 18 months, "I a boy" and has stuck with that belief. The family was shocked but now refers to the child as a boy and is watching for the first signs of puberty to begin treatment, his mother told The Associated Press.

Pediatricians need to know these kids exist and deserve treatment, said Dr. Norman Spack, author of one of three reports published Monday and director of one of the nation's first gender identity medical clinics, at Children's Hospital Boston.

"If you open the doors, these are the kids who come. They're out there. They're in your practices," Spack said in an interview.

Switching gender roles and occasionally pretending to be the opposite sex is common in young children. But these kids are different. They feel certain they were born with the wrong bodies.

Some are labeled with "gender identity disorder," a psychiatric diagnosis. But Spack is among doctors who think that's a misnomer. Emerging research suggests they may have brain differences more similar to the opposite sex.

Spack said by some estimates, 1 in 10,000 children have the condition.

Offering sex-changing treatment to kids younger than 18 raises ethical concerns, and their parents' motives need to be closely examined, said Dr. Margaret Moon, a member of the American Academy of Pediatrics' bioethics committee. She was not involved in any of the reports.

Some kids may get a psychiatric diagnosis when they are just hugely uncomfortable with narrowly defined gender roles; or some may be gay and are coerced into treatment by parents more comfortable with a sex change than having a homosexual child, said Moon, who teaches at the Johns Hopkins Berman Institute of Bioethics.

It's harmful "to have an irreversible treatment too early," Moon said.

Doctors who provide the treatment say withholding it would be more harmful.

These children sometimes resort to self-mutilation to try to change their anatomy; the other two journal reports note that some face verbal and physical abuse and are prone to stress, depression and suicide attempts. Spack said those problems typically disappear in kids who've had treatment and are allowed to live as the opposite sex.

Guidelines from the Endocrine Society endorse transgender hormone treatment but say it should not be given before puberty begins. At that point, the guidelines recommend puberty-blocking drugs until age 16, then lifelong sex-changing hormones with monitoring for potential health risks. Mental health professionals should be involved in the process, the guidelines say. The group's members are doctors who treat hormonal conditions.

Those guidelines, along with YouTube videos by sex-changing teens and other media attention, have helped raise awareness about treatment and led more families to seek help, Spack said.

His report details a fourfold increase in patients at the Boston hospital. His Gender Management Service clinic, which opened at the hospital in 2007, averages about 19 patients each year, compared with about four per year treated for gender issues at the hospital in the late 1990s.

The report details 97 girls and boys treated between 1998 and 2010; the youngest was 4 years old. Kids that young and their families get psychological counseling and are monitored until the first signs of puberty emerge, usually around age 11 or 12. Then children are given puberty-blocking drugs, in monthly $1,000 injections or implants imbedded in the arm.

In another Pediatrics report, a Texas doctor says he's also provided sex-changing treatment to an increasing number of children; so has a clinic at Children's Hospital Los Angeles where the 8-year-old is a patient.

The drugs used by the clinics are approved for delaying puberty in kids who start maturing too soon. The drugs' effects are reversible, and Spack said they've caused no complications in his patients. The idea is to give these children time to mature emotionally and make sure they want to proceed with a permanent sex change. Only 1 of the 97 opted out of permanent treatment, Spack said.

Kids will more easily pass as the opposite gender, and require less drastic treatment later, if drug treatment starts early, Spack said. For example, boys switching to girls will develop breasts and girls transitioning to boys will be flat-chested if puberty is blocked and sex-hormones started soon enough, Spack said.

Sex hormones, especially in high doses when used long-term, can have serious side effects, including blood clots and cancer. Spack said he uses low, safer doses but that patients should be monitored.

Gender-reassignment surgery, which may include removing or creating penises, is only done by a handful of U.S. doctors, on patients at least 18 years old, Spack said. His clinic has worked with local surgeons who've done breast removal surgery on girls at age 16, but that surgery can be relatively minor, or avoided, if puberty is halted in time, he said.

The mother of the Los Angeles 8-year-old says he's eager to begin treatment.

When the child was told he could get shots to block breast development, "he was so excited," the mother said.

The child attends a public school where classmates don't know he is biologically a girl. For that reason, his mother requested anonymity.

She said she explained about having a girl's anatomy but he rejected that, refused to wear dresses, and has insisted on using a boy's name since preschool.

The mother first thought it was a phase, then that her child might be a lesbian, and sought a therapist's help to confirm her suspicion. That's when she first heard the term "gender identity disorder" and learned it's often not something kids outgrow.

Accepting his identity has been difficult for both parents, the woman said. Private schools refused to enroll him as a boy, and the family's pediatrician refused to go along with their request to treat him like a boy. They found a physician who would, Dr. Jo Olson, medical director of a transgender clinic at Children's Hospital Los Angeles.

Olson said the journal reports should help persuade more doctors to offer these kids sex-changing treatment or refer them to specialists who will.

"It would be so nice to move this out of the world of mental health, and into the medical world," Olson said.