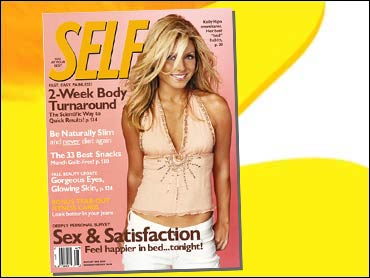 The importance of sex and the level of sexual satisfaction fluctuates among women, according to age.

That's what Self magazine discovered when it spoke to more than 500 women, ages 18 to 45, about sex and satisfaction.

Stephanie Dolgoff, the magazine's sex and health editor, visits The Early Show on Wednesday to explain.

Among the results: 41 percent of women are somewhat satisfied, leaving 17 percent who'd sooner watch reality TV than face the reality in their own bedroom.

Self also found that sex becomes more important at different ages, and that levels of satisfaction fluctuate, too.

If you're like 58 percent of women Self magazine surveyed, who say their sex life leaves them lukewarm or cold, the magazine advises to look into the source of the problem. The following are the magazine's results: