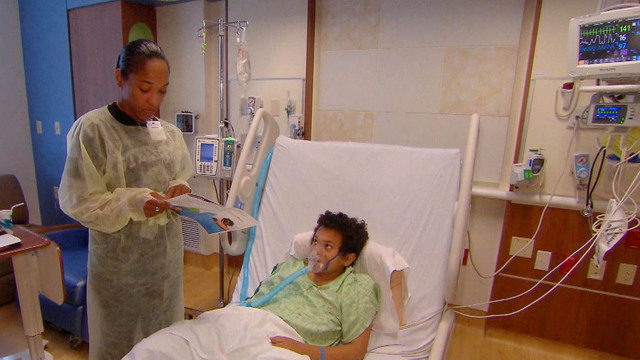 The severe respiratory virus believed to have sickened hundreds of U.S. children in Midwestern and Western states has now spread to the Northeast, health officials report.

The New York State Department of Health confirmed on Friday more than a dozen cases of infection with Enterovirus D68, which sometimes requires hospitalization, especially for children with asthma.

And on Saturday, the Connecticut Department of Public Health said it had received reports from two hospitals in different parts of the state of clusters of severe respiratory illness among young children that could be due to Enterovirus D68. The department said it was awaiting test results from the U.S. Centers for Disease Control and Prevention to confirm whether the infections are enterovirus.

Cases of Enterovirus D68 first began appearing in the Midwest in August. While hundreds of suspected cases have been reported, the CDC has only confirmed more than 90 cases in seven states: Colorado, Illinois, Iowa, Kansas, Kentucky, Missouri, and now New York. New York is the first state in the Northeast with confirmed cases.

Enteroviruses are common in September as kids head back to school, with an estimated 10 million to 15 million people infected each year. But doctors believe this particular type of enterovirus is causing more severe cases than in the past, and can be troublesome for kids with asthma.

The virus is also hard to track because it causes symptoms similar to many other infections, including the common cold, experts have said.

"It is important that we follow common sense rules to prevent the spread of this virus, as we do for flu and other contagious illnesses," New York state acting Health Commissioner Dr. Howard Zucker said in a statement. "Because there is no specific treatment or vaccination against this virus, our best defense is to prevent it by practicing proper hygiene."

Illness associated with the Enterovirus D68 infection typically lasts about a week with cold-like symptoms. The virus is part of the family of viruses that includes the common cold.

Children infected with this virus will appear to have a severe cold, with runny nose, sneezing and cough. But the illness can escalate quickly in some cases, and the child may start to have trouble breathing. It's typically transmitted through close contact with an infected person, or by touching objects or surfaces contaminated with the virus and then touching the mouth, nose or eyes, according to New York health officials.

Antibiotics won't work against a virus, and there is no antiviral treatment available for Enterovirus D68, public health officials said.

The CDC is asking doctors and public health officials to consider Enterovirus D68 as a potential suspect if widespread respiratory illnesses start occurring in their communities.

"Children with an underlying history of asthma are especially at risk for significant illness which may require hospitalization," Dr. Roya Samuels, a pediatrician at the Steven & Alexandra Cohen Children's Medical Center in New Hyde Park, N.Y., told HealthDay.

"Hand washing is paramount, and teaching kids not to touch their faces with unwashed hands is the point," Horovitz said. "Any child or adult with flu-like symptoms or common cold symptoms should be seen, evaluated and followed by doctors for any respiratory complications."

Children and adults should wash their hands with soap and water for at least 20 seconds on a regular basis. They also should avoid contact with people who are sick, and stay home if they themselves fall ill. Kids with asthma need to stay on top of their symptoms and take their medication, public health officials said.

The virus tends to "produce severe shortness of breath in children who may not have asthma. Therefore, children with asthma must be watched closely by doctors if they contract the virus," Horovitz said.

Enteroviruses are very common, according to the CDC. There are more than 100 types of enteroviruses. People who come down with a bad summer cold often have been laid low by an enterovirus, the federal agency said.

Enterovirus D68 was first identified in the 1960s, Samuels said, but until now there have been fewer than 100 reported cases.

"Enterovirus usually presents itself as a mild cold or diarrheal illness," Samuels said. "It is unclear as to why infected children [now] are presenting with severe upper respiratory infection symptoms."