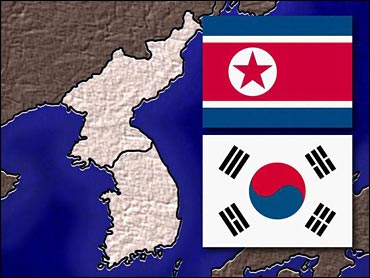 Screens went blank promptly at 2 p.m. local time, with skulls reportedly popping up on the screens of some computers -- a strong indication that hackers planted a malicious code in South Korean systems, the state-run Korea Information Security Agency said. Some computers started to get back online more than 2-1/2 hours later.

Police and South Korean officials investigating the shutdown said the cause was not immediately clear. But speculation centered on North Korea, with experts saying a cyberattack orchestrated by Pyongyang was likely to blame.

The government issued a cybersecurity advisory warning website owners to beware of cyberattacks, the KCC said.

The shutdown comes amid rising rhetoric and threats of attack from Pyongyang in response to U.N. punishment for its December rocket launch and February nuclear test. Washington also expanded sanctions against North Korea this month in a bid to cripple the regime's ability to develop its nuclear program.

North Korea has threatened revenge for the sanctions and for ongoing routine U.S.-South Korean military drills it considers invasion preparation.

The companies whose networks shut down Wednesday afternoon all use LG Uplus, but also use other services from SK Telecom Co. and KT Corp, he said.

But the Reuters news agency reports that, "The network provided by LG UPlus Corp showed a page that said it had been hacked by a group calling itself the "Whois Team", an unknown group. It featured three skulls and a warning that this was the beginning of 'Our Movement"'.

The latest network paralysis took place just days after North Korea accused South Korea and the U.S. of staging a cyberattack that shut down its websites for two days last week. The Thai-based Internet service provider confirmed the outage, but did not say what caused the shutdown in North Korea.

The accusations from both sides show that the warfare between the foes has expanded into cyberspace.

Last week, North Korea's Committee for the Peaceful Reunification of Korea warned South Korea's ``reptile media'' that Pyongyang was prepared to wage a "sophisticated strike'' on the South.

"(Wednesday's outage has) got to be a hacking attack," Lim Jong-in, dean of Korea University's Graduate School of Information Security, said of Wednesday's events. "Such simultaneous shutdowns cannot be caused by technical glitches."

At one Starbucks in downtown Seoul, customers were asked to pay for their coffee in cash, and lines were forming outside disabled bank machines. Seoul is a largely cashless society, with many people using debit and credit cards.

Broadcasters KBS and MBC said their computers went down at 2 p.m., but officials said the shutdown did not affect daily TV broadcasts.

Shinhan Bank said its networks were back online by 3:50 p.m. local time and that banking was back to normal at branches and online. But computers at KBS and MBC were still down more than three hours after the shutdown began, the news outlets said.

The South Korean military raised its cyberattack readiness level Wednesday following the shutdown, the Defense Ministry said. Defense officials reported no signs of cyberattacks on its ministry's computer network and had no immediate details about the broader shutdown.

No government computers were affected, officials said. President Park Geun-hye called for quick efforts to get systems back online, according to her spokeswoman, Kim Haing.

"Hackers attack media companies usually because of a political desire to cause confusion in society," he said. "Political attacks on South Korea come from North Koreans."