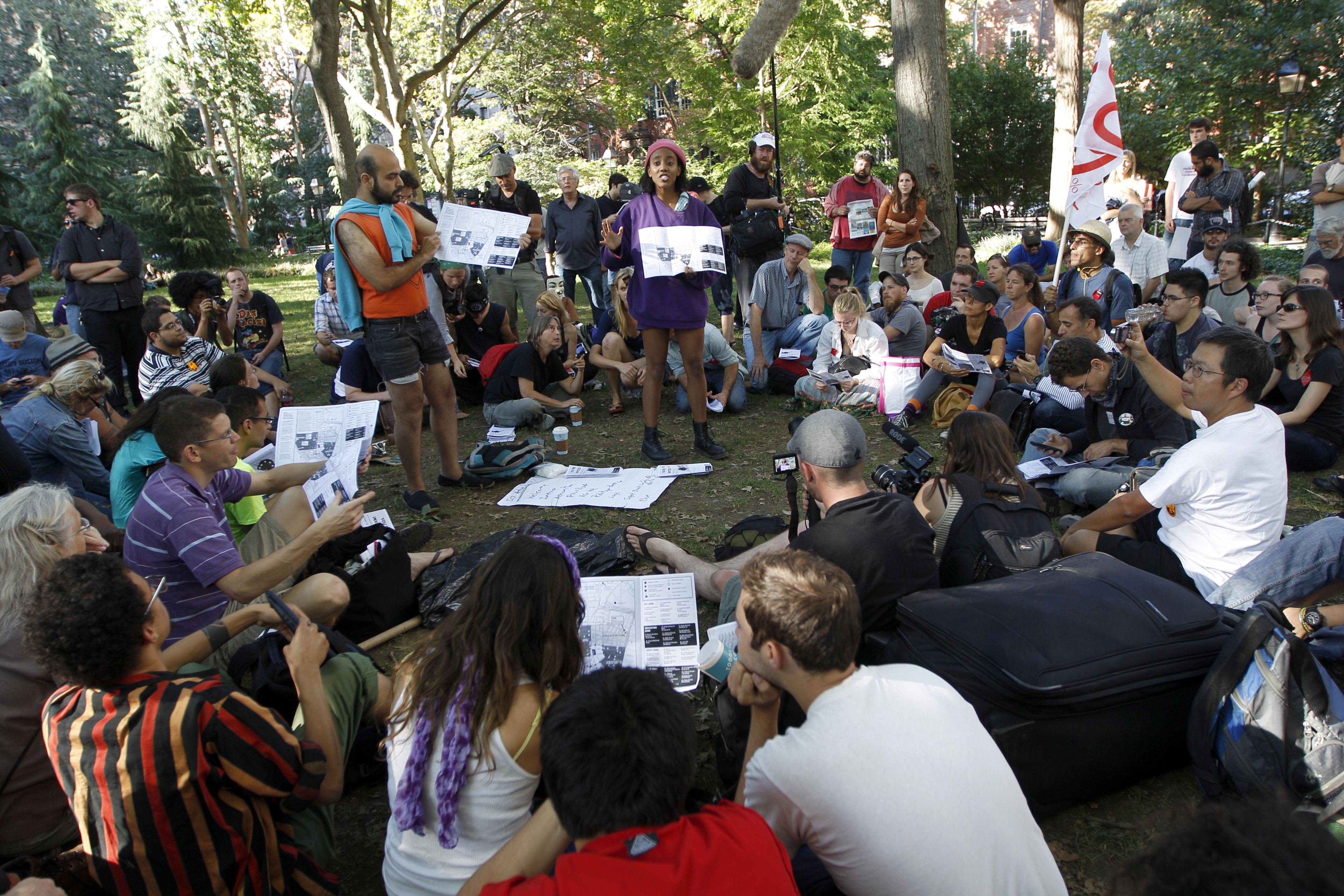 NEW YORK - About 300 people observing the one-year anniversary of Occupy Wall Street ended a march to a small concrete park in New York's Lower Manhattan that served as headquarters for the protest movement and was its birthplace.

Police patrolled the crowd Saturday and took at least a dozen people into custody near Trinity Church that borders Zuccotti Park. Police confirmed they made arrests but did not have the total number.

Protesters first gathered in Washington Square Park in Greenwich Village and headed south down Broadway, chanting and ending at Zuccotti Park. The group then thinned out.

The march came on the first of three days of planned events. The official anniversary date is Monday. Occupy Wall Street's protest against economic disparity eventually spread to other parts of the country and world.