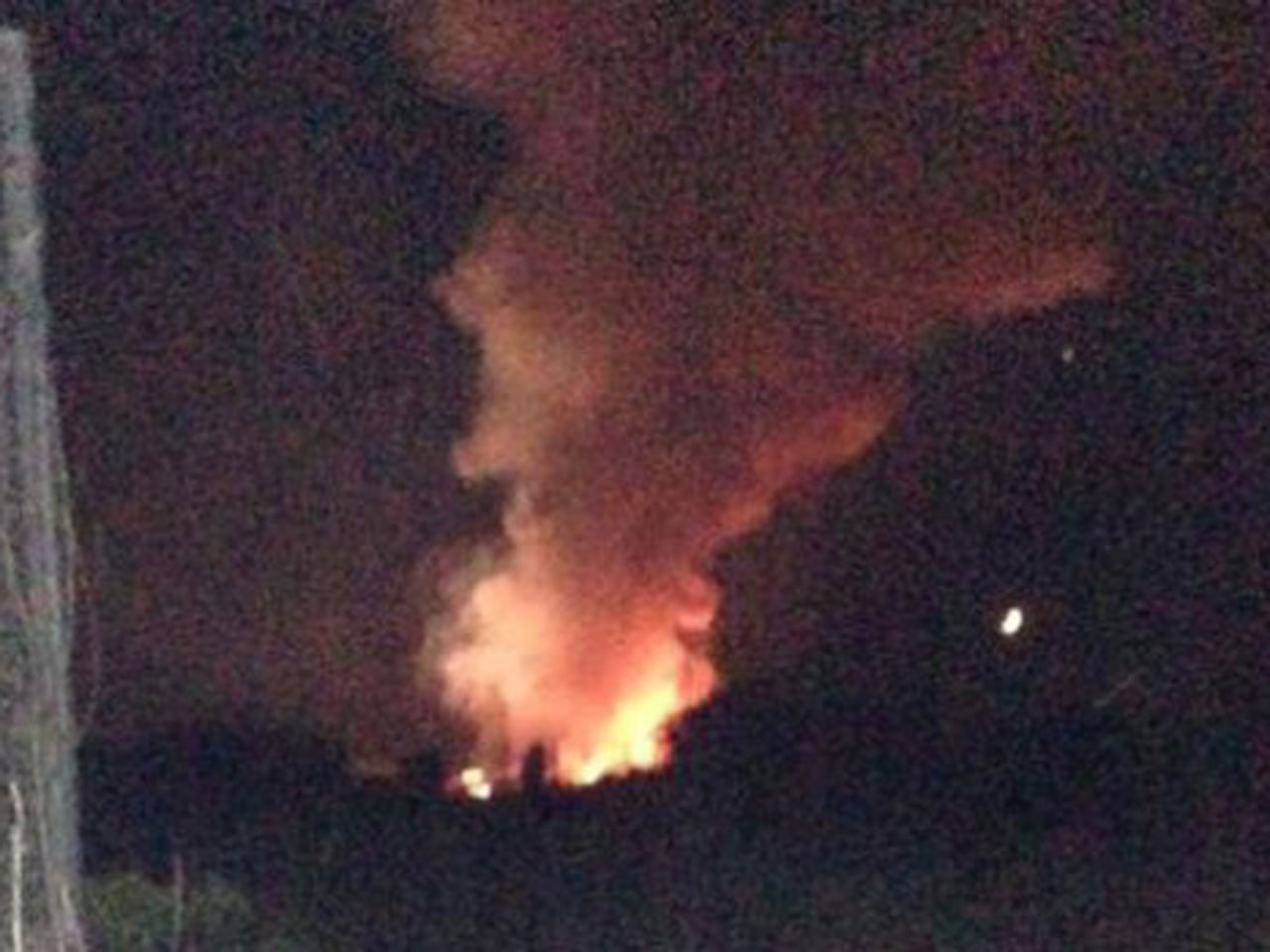 BEDFORD, Mass. - All seven people aboard a private plane that crashed in a Massachusetts air field and erupted into a fireball were killed, authorities said Sunday.

Lewis Katz, 72, co-owner of The Philadelphia Inquirer, The Philadelphia Daily News and Philly.com, was among the dead, according to the Inquirer. Just last week, Katz and H.F. "Gerry" Lenfest bought out their partners for $88 million, gaining control of the media company that owns the Inquirer. He is a former owner of the NBA's New Jersey Nets and the NHL's New Jersey Devils.

Family members say the wife of a New Jersey borough commissioner was also among the victims.

James P. Leeds Sr. tells The Associated Press that his 74-year-old wife, Anne, died Saturday night in the Massachusetts crash. James serves on the board of commissioners in Longport, a resort town in southern New Jersey.

Leeds says he got a text from his wife from the plane at 9:36 p.m., four minutes before the crash.

He says his wife had been invited by Katz to attend an education-related function.

The Gulfstream IV crashed as it was leaving Hanscom Field about 9:40 p.m. Saturday for Atlantic City International Airport in New Jersey, said Matthew Brelis, a spokesman for the Massachusetts Port Authority, which operates the air field.

"There were no survivors," Brelis said. "Our thoughts and prayers are with the people on board and their loved ones."

The names of the victims were not immediately released, and officials didn't say if they were traveling as a group to Atlantic City, a popular casino resort spot on the Atlantic coast.

The private jet, a Gulfstream IV, went off runway 11 in a wooded area, the FAA told CBS Boston.

Officials also did not speculate on what they think caused the crash. They said the National Transportation Safety Board will investigate and determine what happened.

Nearby residents recounted seeing a fireball and feeling the blast of the explosion shake their homes.

Jeff Patterson told The Boston Globe he saw a fireball about 60 feet in the air and suspected the worst for those aboard the plane.

"I heard a big boom, and I thought at the time that someone was trying to break into my house because it shook it," said Patterson's son, 14-year-old Jared Patterson. "I thought someone was like banging on the door trying to get in."

The air field, which serves the public, was closed after the crash. Brelis said responders were still on the scene early Sunday morning.

An aviation expert who spoke to New England Cable News said various explanations for the explosion were possible.

"The engine could implode, if you will," said Steve Cunningham of Nashua Flight Simulator. "A turbine wheel could separate, there could be a fire in the combustion chamber. Or a fuel leak could also create a fire of that nature."

Hanscom Field is about 20 miles northwest of Boston. It was used by the Army Air Corps and military operations dominated until it became both a military and civilian facility in the 1950s. Massport currently manages it as a regional airport serving mostly corporate aviation, private pilots, commuter air services, and some light cargo.