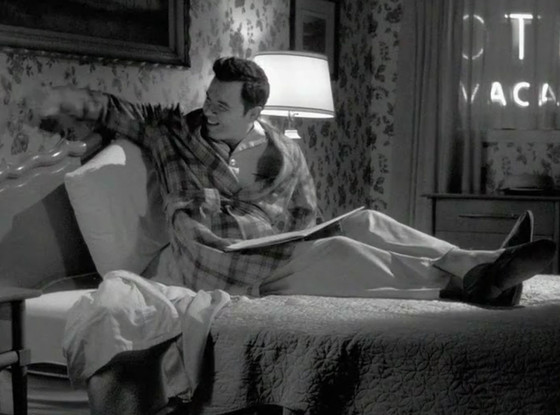 Seth MacFarlane has checked in to the Bates Motel in a new promo clip for the Feb. 24 Academy Awards.

In the segment, the Oscars host spoofs on Alfred Hitchcocks' classic 1960 movie, "Psycho."

"I'm Seth MacFarlane and I'll be hosting the Oscars this year, where we'll be celebrating all your favorite films...like 'Psycho'!" he says.

It turns out he's staying in the room next to where the classic shower scene with actress Janet Leigh takes place.

"Keep it down!" he says while banging on the wall. "I have a meeting in four hours!"