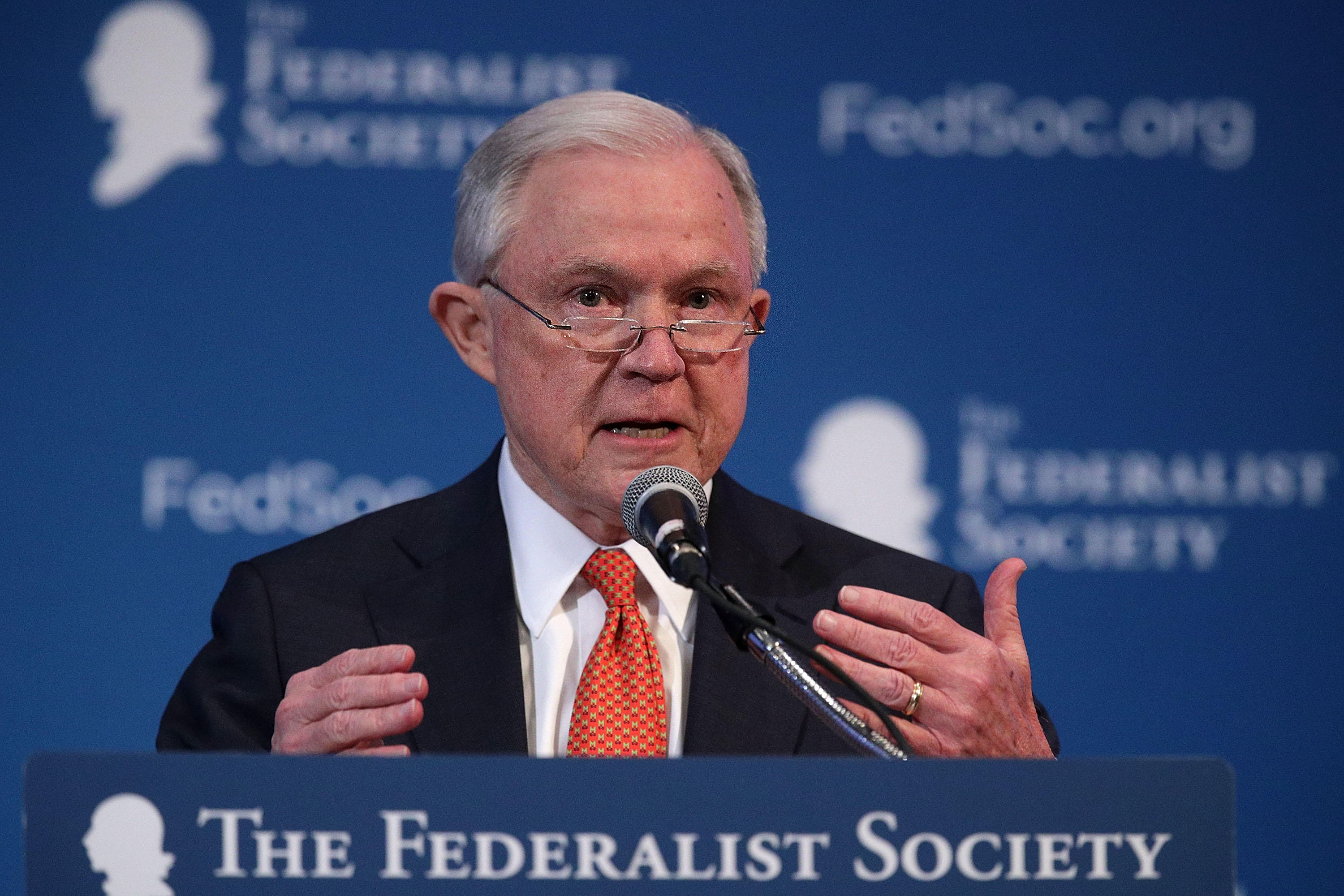 The Department of Justice will no longer issue guidance documents that cement new regulatory requirements or change current law, Attorney General Jeff Sessions announced Friday at the Federalist Society National Lawyers Convention in Washington, D.C., and in a new memo.

"The Department of Justice is duty-bound to defend laws as they are written," Sessions said at the Federalist Society event, describing his broad intent to stick only to the laws Congress has passed.

In the past, the DOJ and other federal agencies have "blurred" the distinction between regulations and guidance documents. Sessions hopes to clear that up by no longer issuing any such DOJ documents that could create new rights or obligations, beyond what is prescribed by law. Sessions' Regulatory Reform Task Force, led by Associate Attorney General Rachel Brand, will also review existing DOJ documents to see if they need to be rescinded or modified.

"It has come to my attention that the department has in the past published guidance documents — or similar instruments of future effect by other names, such as letters to regulated entities — that effectively bind private parties without undergoing the rule-making process," Sessions said in the memo. "The department will no longer engage in this practice. Effective immediately, department components may not issue guidance documents that purport to create rights or obligations binding on persons or entities outside the executive branch (including state, local and tribal governments.) To avoid circumventing the rule-making process, department components should adhere to the following principles when issuing guidance documents."

But Sessions' address on Friday as he announced the Justice Department's new stance and other recent achievements got off to an awkward start.

The attorney general began his speech with a joke.

"Is Ambassador Kislyak in the room? Before I get started here, any Russians? Anybody been to Russia?" a smiling Sessions asked, to some laughter.

Sessions has come under scrutiny lately for his congressional testimony related to Russia and any ties to Trump associates. Sessions testified before the Senate Judiciary Committee last month that neither he nor anyone else was in contact with Russian operatives during the 2016 election cycle. But, as CBS News' Jeff Pegues has reported, recently unsealed court documents claim George Papadopoulos, the former Trump campaign aide who pleaded guilty to lying to the FBI, offered to set up a meeting with then-candidate Donald Trump and Russian President Vladimir Putin. Papadopoulos made the offer during a meeting that both Sessions and Mr. Trump attended in March 2016.

In testimony he gave earlier this week on Capitol Hill, Sessions at first said he had "no recollection" of meetings on the campaign with Papadopoulos and another adviser, Carter Page, until he saw news reports, but that he now does recall a March 2016 meeting that included Papadopoulos.