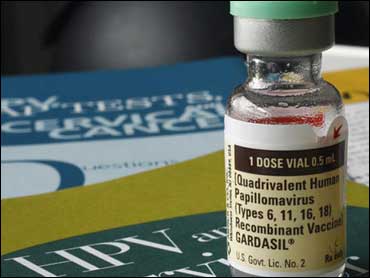 The hope is that Gardasil will prove to be a lifesaver, preventing deadly cervical cancer. But today Merck's HPV vaccine is dealing with a growing number of reports of serious side effects, CBS News investigative correspondent Sharyl Attkisson reports.

Jamie Venice passed out and had a seizure after her Gardasil shot.

"After the seizure I didn't want to go to bed; I thought I wasn't going to be able to wake up," she said.

She was lucky compared to Amanda Ratner. She came down with an illness so excruciating, she had to take morphine. Her parents, both doctors, blame Gardasil.

"She's gone from a position of being a competitive varsity lacrosse player in high school to someone who's chronically ill," her father, Dr. Scott Ratner, said.

Gardasil was approved in 2006 for girls as young as age 9. The conservative-funded public interest group Judicial Watch recently obtain more than eight 8,000 reports of adverse events reports under Freedom of Information law.

They reveal everything from massive wart outbreaks to seizures and paralysis. Of 18 deaths, nearly a quarter cited "blood clots."

Jessica Vega got the shot at school when she was 13. Soon after, she was paralyzed. It took a year of braces and treatment to get her on her feet.

Brittney Bell was 12. She and collapsed with brain inflammation and paralysis. Fourteen-year-old Jenny developed life-threatening paralysis that's resistant to treatment.

Merck and the CDC say Gardasil is safe and effective, and that they have not found a link to any deaths. They also say illnesses reported after vaccinations may not have been caused by the shot, and that Gardasil appears safer than most vaccines with "half the average" reported serious adverse events.

The CDC says it will continue to evaluate the data - while some families are evaluating whether their loved ones should have the vaccine at all.


For more information on Gardasil, you can visit the Centers for Disease Control and Prevention's Web site, HPV Vaccine Information For Young Women. You can also check out what the Food and Drug Administration had to say about Gardasil when it licensed the vaccine in 2006.