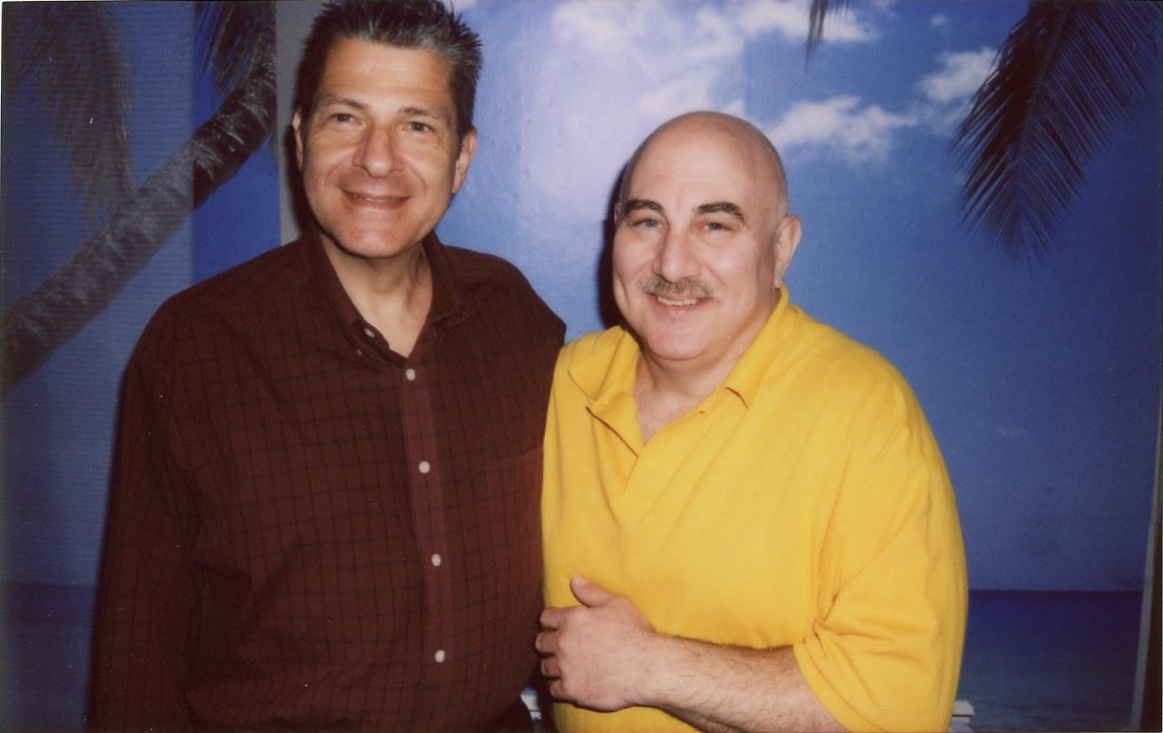 Dr. Scott Bonn, Assistant Professor of Sociology and Criminology at Drew University in Madison, NJ, contributed this piece; he recently sat down with David Berkowitz for a conversation in prison.

(CBS) -- I recently spent five enlightening hours with the man whose pseudonym, "Son of Sam," has become synonymous with evil.

David Berkowitz, the man behind the pseudonym, shot and murdered six people, and wounded seven others, with a .44 revolver during his reign of terror several decades ago in New York City. He ignited a public panic of epic proportions during the so-called summer of Sam in 1977.

After the largest manhunt in New York history, Berkowitz was arrested without incident outside his apartment on August 10, 1977. As he was being taken into custody he mildly said, "Well, you got me. How come it took you such a long time?"

Jeff Kamen, the Emmy-winning journalist who covered the Son of Sam case extensively, and who also sat close to Berkowitz during his court appearances said, "Sitting there I felt as if I was in the presence of pure evil." Berkowitz received six consecutive life sentences for his crimes. During his stay at Attica Correctional Facility, Berkowitz was attacked by another inmate in 1979 and received a potentially fatal slash to the left side of his neck that required nearly 60 stitches to close. Incredibly, Berkowitz became a born-again Christian in 1987 after having a self-proclaimed spiritual awakening one night in his cell at Sullivan Correctional Facility in Fallsburg, NY, where he will likely remain for the rest of his life.

I visited with David Berkowitz on Wednesday, March 13, 2013 at Sullivan after corresponding with him regularly through the mail for nearly two years. He has been offering me unique insights for an upcoming book on why so many people are fascinated with serial killers and the dark side of mankind. David gave me a rare, one-on-one interview that I will not soon forget.

Sullivan is a chilling fortress made from Israeli sandstone that looms high on a lonely hill overlooking the Neversink River Valley in upstate New York. As a criminologist, I have previously visited prisons but none like Sullivan Correctional Facility. A maximum security facility that specializes in housing mentally disturbed inmates and those prisoners serving life sentences for murder, Sullivan appears lifeless and indestructible from the outside.

Once inside the facility, I encountered corrections officers who were efficient but detached, and somewhat intimidating; the latter by design I suspect. As I waited for David to arrive in the visitation area, I wondered what his reaction toward me would be. I have been told that today he is nothing like the brooding and angry serial killer who once held New York in the grip of fear.

When he arrived, David nearly bounced into the visitation room and he appeared genuinely pleased and even excited to see me. He gave me a firm handshake and then a hug. Unlike the sullen young man with dead eyes who sat in court 36 years ago, the 59-year-old David is full of youthful energy and his eyes are clear and bright. I found him to be genuinely warm and engaging in person.

I asked him who David Berkowitz is today. He told me that he loves God and all people. He expressed deep remorse for the horrible crimes of his youth, including his numerous murders and many acts of arson that he committed. David wishes that he could undo all the harm he has done to others but knows that he cannot. He would like to be forgiven by others, but understands and accepts that many people, especially the families of his victims, will never accept his apologies or forgive him.

He mourns the death of his adoptive father, Nathan, who died last year at the age of 101. His father had always stood by him, despite everything he had done. When David spoke about his father and the deep regrets he has for putting him through so much misery over the years, tears filled his eyes. I was moved by David's display of vulnerability, humility and remorse in my presence.

My time with David produced revelations about both his past and present. I believe that much about the former Son of Sam is pure mythology that has become part of the popular culture. For example, there has been a persistent claim presented by certain law enforcement officials and journalists over the years that David did not act alone. Their theory contends that he was part of a demonic cult and that he had accomplices in his murders. Moreover, it is popularly believed that David killed at the behest of his neighbor's dog Harvey, believing that it was a demon sending him messages in its nocturnal barking.

David was not part of a demonic cult. It is true that he became obsessed with the occult and worshipped Satan prior to his murders, but he acted alone throughout his killing spree. Although he hated the nightly barking of Harvey the dog, it did not order him to murder anyone. Instead, David explained to me that he felt like "a soldier on a mission" when he went out to kill. He was convinced that Satan would set him free of his emotional pain and loneliness through the act of murder. Instead, despite some initial euphoria, each murder left David feeling empty and unfulfilled.

Contrary to popular belief, David is not mentally ill and he takes no medication for psychological problems. He hasn't for 35 years. I believe that he was driven to kill by his obsession with Satan and the occult. David was drawn to the occult after his release from the Army in 1974 at the age of 21. He joined the Army at age 18 in search of purpose and direction after a troubled and lonely youth. However, the Army left him unfulfilled and lonelier than ever. David turned to the occult for meaning and purpose in his empty life. By 1976, the occult had become a complete obsession with him. I believe that David became like a drug addict in his serial murders, believing that each one would finally provide relief from loneliness and despair that he desperately sought. It never came.

David and I talked at length about his spiritual transformation and his life today. He told me that by 1987, after ten years behind bars, he did not think he would be able to make it in prison. He frequently thought about dying. In desperation one night, he fell on his knees and remained there for about 30 minutes, asking God for help and forgiveness. David said that his prayers were answered that night. He said that God forgave him for his terrible sins and took away his pain and fear. David believes his redemption came at a price, however. He believes that God saved him to provide service to others for the remainder of his time on Earth to the best of his ability.

Since his spiritual rebirth, David has worked tirelessly with mentally and emotionally challenged inmates at Sullivan as a mentor, spiritual adviser and friend. He is the only prisoner at Sullivan permitted to do this. He is considered a model prisoner by authorities and the other inmates call him Brother Dave. He says that his work with other inmates and his written correspondence with Christian ministries, friends, and troubled and sick individuals around the world are now the joys in his life. David has a spiritual and religious website http://www.ariseandshine.org/ that is maintained for him by friends on the outside. To date, it has received more than 350,000 visitors from around the world.

David recognizes that he is perceived by many to be the very personification of evil. He admits that he contributed to that popular image of him through his bizarre and threatening letters to the media and police signed "Son of Sam" during his killing rampage. David also admits that he deliberately resisted authority and tried to intimidate others in court and during the early days of his incarceration. He says, "I was once an evil man and I truly believed that Satan would come and release me" so there was no reason to cooperate. David recognizes that the frightening Son of Sam public identity that he helped to construct may be indelibly burned into the minds of the public. I also believe that he reveled in his criminal celebrity status during the summer of Sam.

I asked David if he hopes for parole. He has been eligible for it but rejected on several occasions. The most recent rejection came in 2012. David explained to me that he neither seeks nor expects parole in the future. He understands and truly believes that he is exactly where he belongs. David would love to be able to meet with young people outside of prison and warn them not to bow to temptation or commit horrible crimes and destroy lives as he has done. However, he accepts that this will likely never happen.

In many ways, David is like a recovering drug addict today. He seems to be recovering from a malady of the spiritual variety. I believe that for most of his troubled youth, David was trying to fill up a spiritual void and overcome his deeply felt fears and loneliness. He turned to the occult for answers but his obsession with it drove him to commit murders that he believed, ironically and tragically, would actually set him free.

At Sullivan Correctional Facility, David is exactly where he belongs. Inside prison, he has purpose and meaning in his life. David now calls himself Son of Hope. I asked him what message he would like me to deliver to the public. David said, "Tell them, with God there is always hope. If he can save someone like me, then he can save anybody."

The author of this piece, Dr. Scott Bonn is currently writing a book titled "Monster Dearest: Our Macabre Fascination with Serial Killers." He is @DocBonn on Twitter. His website is www.docbonn.com