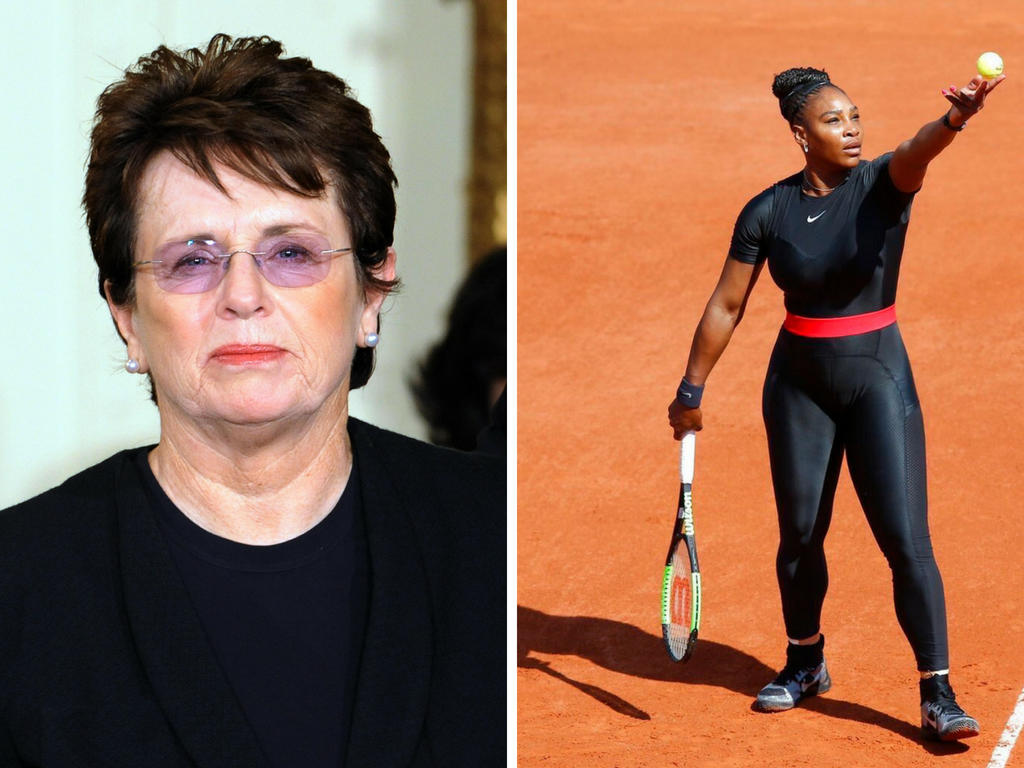 In the days leading up to the U.S. Open, FTF boss Bernard Giudicelli singled out her outfit choice in a recent interview, calling for "respect" of the game.

King and others weren't letting his comments slide.

"The policing of women's bodies must end," King wrote in tweet on Saturday. "The 'respect' that's needed is for the exceptional talent ⁦@serenawilliams⁩ brings to the game. Criticizing what she wears to work is where the true disrespect lies."

Nike, who sponsors Williams, also sent out a tweet in support of her: "You can take the superhero out of her costume, but you can never take away her superpowers. #justdoit"

Giudicelli told Tennis Magazine the French Open will now have a dress code because he believes "sometimes we've gone too far." Giudicelli pointed to Williams' catsuit, explaining that it "will no longer be accepted," according to the Associated Press.

"One must respect the game and the place," he said, adding that while the tournament will "impose certain limits," but its rules won't be as strict as Wimbledon's — where players must wear all white.

Williams, who has won at Roland Garros three times, told the BBC that the catsuit made her feel like a "superhero" during her 7-6 (7-4) 6-4 win over Kristyna Pliskova in May. She even dedicated the fashion choice to "all the moms out there who had a tough recovery from pregnancy."

"I feel like a warrior wearing it, a queen from Wakanda maybe," she said. "I'm always living in a fantasy world. I always wanted to be a superhero, and it's kind of my way of being a superhero."

The 23-time Grand Slam winner Williams suffered potentially life-threatening blood clots after giving birth to her daughter, Alexis Olympia, in September 2017. She returned to the tennis court just six months later, and was back in Grand Slam shape by the time the French Open began in May.

As for No. 26-ranked Williams, she dismissed the catsuit controversy altogether in a news conference Saturday, saying she has a great relationship with Giudicelli.

"Everything's fine guys...When it comes to fashion, you don't want to be a repeat offender," she joked. "It'll be a while before this comes up again."

On Monday night, Williams defeated No. 68-ranked Magda Linette in the first round of the U.S. Open.