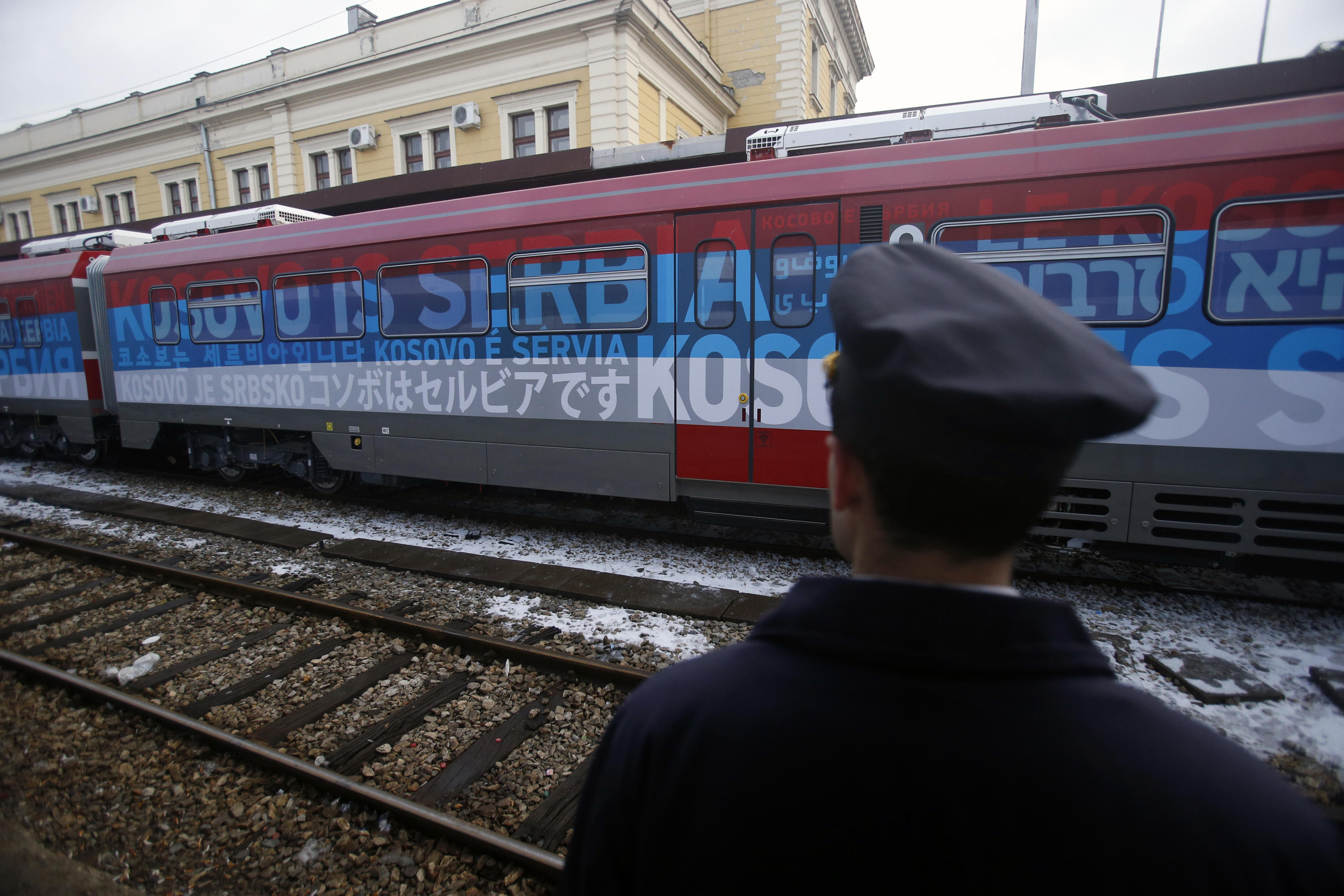 BELGRADE, Serbia - Fueling tensions in the Balkans, Serbia warned Kosovo on Sunday it will defend “every inch of its territory,” including its former province where Serbs allegedly are under threat from Kosovo Albanians.

Serbian President Tomislav Nikolic issued the warning after a Serbian train, bearing signs reading “Kosovo is Serbian,” was halted Saturday before it entered Kosovo due to reports of a planned attack by ethnic Albanians.

“Yesterday, we were on the verge of clashes,” Nikolic said after a meeting of the country’s top security body and the train’s overnight return to Belgrade. He accused the Kosovo Albanians of “wanting war.”

“We are a country which has to protect its people and its territory,” Nikolic said.

Kosovo leaders saw the train, painted in the colors of the Serbian flag and decorated on the inside with Serbian Orthodox images, as a provocation and a threat to the sovereignty of the former Serbian province.

Kosovo declared independence from Serbia in 2008, but Serbia and its ally Russia do not recognize the split. Serbia has sought to maintain influence in Kosovo’s north, where most of the country’s Serb minority is located.

NATO-led troops have controlled Kosovo’s borders since a three-month air war in 1999 to stop a bloody Serbian crackdown against ethnic Albanian separatists.

Serbia officially is seeking European Union membership, but has been sliding toward the Kremlin and its policies to increase its influence in the Balkans.

Kosovo Prime Minister Isa Mustafa said Saturday he had contacted the United States and the European Union to express his country’s concerns.

Nikolic, who is staunchly pro-Russian, said the EU and the West have never been on Serbia’s side or come to its aid.

“Why were the so-called international community and the Albanians so upset about one train?” Nikolic asked. “Maybe because it had ‘Kosovo is Serbian” written on it, and because it had pictures of our icons inside.”

Tensions between Serbia and Kosovo soared following the recent detention in France of Ramush Haradinaj, a former Kosovo prime minister, on an arrest warrant from Serbia.

Kosovo has called the warrant illegitimate and urged France to ignore it, while Serbia is urging Haradinaj’s quick extradition to face war crimes charges.