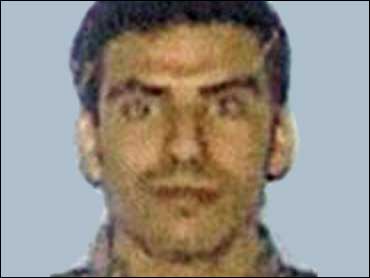 A man who authorities said sold fake identification to two of the Sept. 11 hijackers apparently left on a flight to Egypt hours before authorities raided his home and businesses Wednesday, officials said.

Atriss sold a fake identification card to Khalid Almihdhar, who was on Flight 77 as it hit the Pentagon, and one to hijacker Abdul Aziz Alomari from Flight 11, which hit the World Trade Center, Speziale said.

Authorities said they had 75 fake IDs that Atriss generated and sold for as much as $800 each, though they believed he made many more. The IDs included international driver's licenses and New Jersey state ID cards, neither of which legally exist.

Wednesday's raids followed a four-month investigation by sheriffs in Passaic, Bergen and Essex counties, the Paterson police and the FBI, Speziale said.

Authorities were tipped to Atriss by a St. Paul, Minnesota, company after he contacted it about paying cash for a high-speed copier machine capable of embossing seals.

Atriss never bought the copier from Minnesota but did contact a Paterson company about a similar purchase, Speziale said. That company also became suspicious when Atriss offered to pay cash for the machine, and they called the FBI, Speziale said.