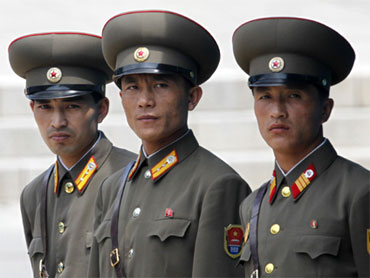 The conjoined twins separated in a 22-hour operation were both in serious but stable condition Saturday, a day after one of the girls underwent follow-up surgery for an infection.

Maria Teresa Quiej Alvarez, who underwent more than three hours of surgery Friday, was breathing with the help of a ventilator and remained under moderate sedation, according to a statement from UCLA's Mattel Children's Hospital.

"She has opened her eyes and looks around," the statement said.

Surgeons drained an accumulation of blood that doctors believed may have been contributing to a bacterial infection in the lining of the 1-year-old's brain.

"I don't really view this as a major setback in her recovery but more of a little bit of a bump in the road," Dr. Irwin Weiss said.

Despite the surgery, Maria Teresa and her sister, Maria de Jesus, were "progressing nicely," Weiss said, adding that such follow-up procedures can be common after major surgery. "Children are usually very resilient."

The sisters -- affectionately known as "Las Maritas" or "The Little Marias" -- were born in rural Guatemala with the tops of their heads fused and their faces tilted in opposite directions.

They were separated on August 6. Surgeons had to separate their skulls and untangle the interconnected blood vessels that drained blood from their brains back to their hearts.

In addition to the separation operation, Maria Teresa, whose recovery has lagged that of her twin, last Tuesday underwent a 5-hour procedure to clear blood from her brain.

UCLA repeated its standard statement that both girls continue to slowly grow more alert and active, and that doctors remain cautiously optimistic about their long-term prospects for recovery.

Earlier this week, the condition of both girls was upgraded from critical to serious as ventilators were removed and they began breathing on their own.

The girls' parents, Leticia Alba and Wenceslao Quiej-Alvarez, a banana packer, are from Belen, a hamlet along Guatemala's southern coast where people eke out a living in the banana, sugar and coffee industries.

Conjoined twins occur once in every 200,000 live births, but twins who are fused at the tops of their heads, known as craniopagus twins, make up only about 2 percent of them.