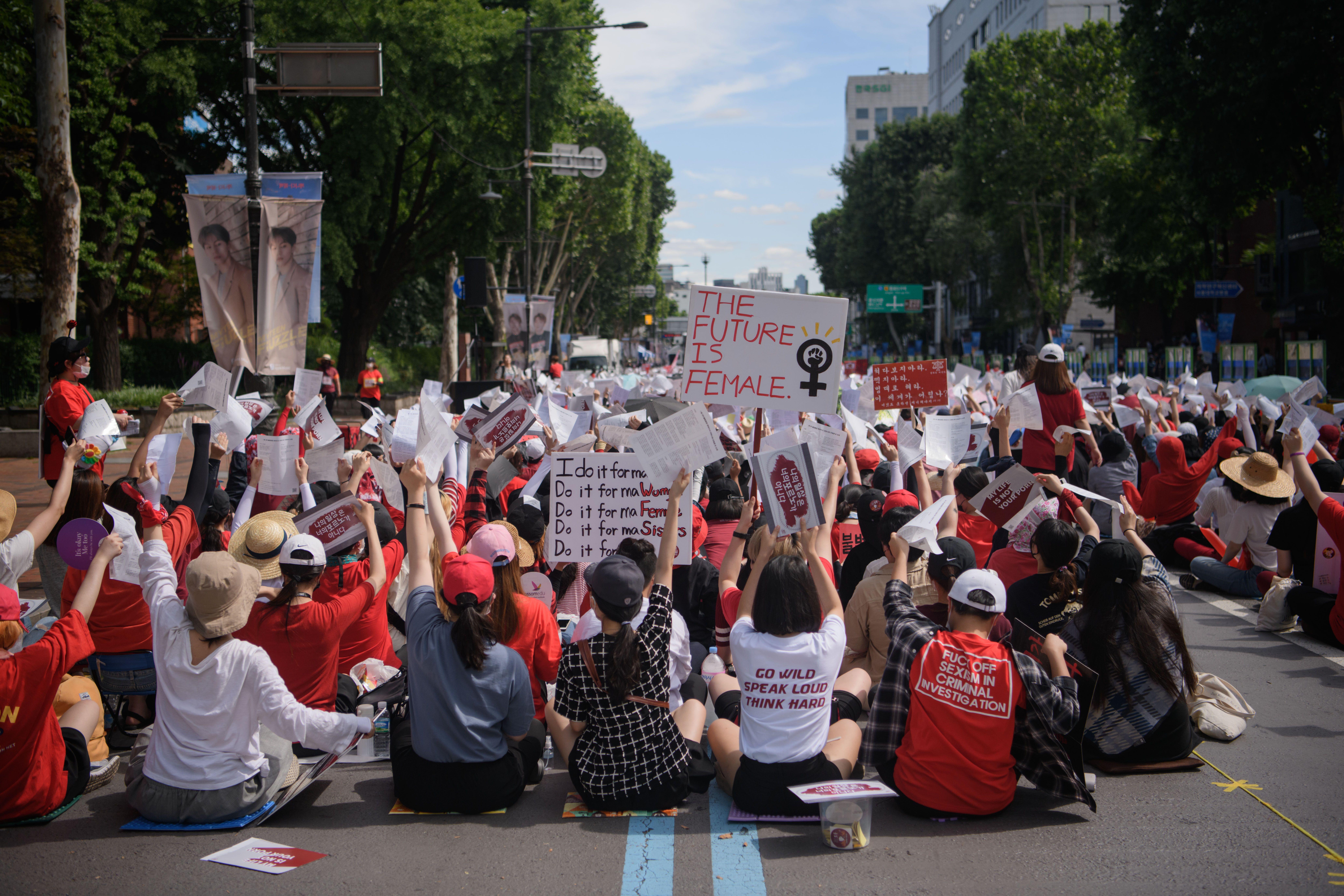 SEOUL, South Korea -- Thousands of South Korean women gathered in Seoul on Saturday to demand stronger government action to fight the spread of intimate photos and video taken by hidden cameras, which they say has women living in constant anxiety and distress. It was one of the country's largest female-only protest ever, BBC News reports.

Demonstrators said around 55,000 women took part, although police put the figure at around 20,000. Demonstrators called for stronger investigations and punishments against male offenders who photograph or film women without their knowledge and post the material online.

Most of the protesters covered their faces with baseball caps, sunglasses and surgical masks as instructed by organizers, who intended to speak out against an environment in which women constantly worry about tiny cameras hidden in bathrooms or being filmed from under their skirts at subway stations. However, there was criticism about the organizers' tight control over the protest and the decision to block the participation of those who weren't "biologically women."

"Those men who film such videos! Those who upload them! Those who watch them! All of them should be punished sternly!" they chanted.

"Let's fight until the last seed of illicit filming dies!" one protester shouted into the microphone while another shaved off her hair. "Here's my message to men: I am not an object of your sexual desires! I am a first-rate citizen, just like you!"

Since 2004, South Korea has required smartphones to make large shutter sounds when taking pictures and videos to prevent such crimes. However, phone cameras can be silenced through apps and there's also an abundance of miniaturized cameras that can be hidden inside bags, shoes and toilets or small holes drilled into bathroom walls and doors.

"We must make sure that the offenders suffer greater damage than the damage they inflict," Moon said in a Cabinet meeting.

The national government plans to spend 5 billion won ($4.5 million) to equip local governments with more camera detecting equipment and strengthen inspections of bathrooms in public spaces and private buildings. There are also plans to widen inspections to elementary, middle and high schools.

Saturday's gathering in Seoul was a follow-up to large protests by women in May and June over the proliferation of hidden-camera images as pornographic material.

The protests were sparked by the arrest of a 25-year-old woman in May who was found to have secretly taken a photo of a male colleague while he posed nude for university art students and uploaded it online.