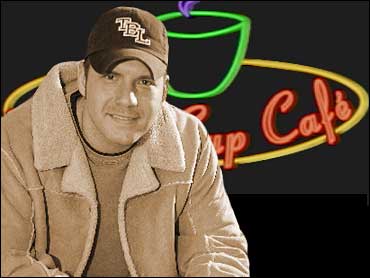 Rodney Atkins has held many jobs, including repossessing cars. Now he's a country music success, and his top-ten song "Honesty (Write Me a List)" has many Americans reflecting on their sensitive sides.

"Honesty" tells the story of a husband and wife on the verge of splitting. The husband asks his wife to make a list of all the things she wants from the relationship. Her response is:

"Honesty, sincerity, tenderness and trust. A little less time for the rest of the world, and more for the two of us. Kisses each mornin', I love you's at night, just like it used to be. The way life was when you were in love with me."

It's an emotional song performed by a man who has seen many heartbreaking stories.

The East Tennessee native, who was returned to the adoption agency twice because of illness before settling with his eventual parents, spent most of his adult life in Cookeville, Tenn. He held numerous odd jobs such as repossessing cars, driving trucks, shoveling horse stalls and working in landscaping.

Summer Drinks That Won't Weigh You Down

In those days, Atkins took a break from hard labor to perform in a country music band that hustled for jobs at shopping centers, store openings and county fairs.

Later, as a psychology major at Tennessee Tech in Cookeville, he started visiting Nashville, playing more gigs and writing songs.

Atkins says "Honesty," which was written by Patience Clements and David Kent, was inspired by true events.