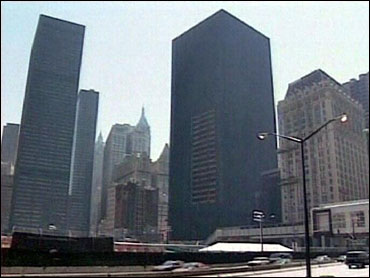 Bone fragments, possibly human, have been discovered on the roof of the former Deutsche Bank building, four years after parts of a collapsing World Trade Center tower crashed into the building's facade.

The fragments, fewer than 10 and none measuring more than 2 inches, were turned over to the city's medical examiner's office, where they were being tested Tuesday to determine if they are human remains.

"If they are determined absolutely to be human, then we will try to extract DNA to try to make an identification," Ellen Borakove, a spokeswoman for the medical examiner said. She said the results might be ready by next week.

In August, 2002, three small pieces of bone were found on the same roof but tests showed they were not from humans, Borakove said.

On Monday, construction workers preparing to tear down the former Deutsche Bank building at 130 Liberty St. discovered the bone fragments amid gravel as they were cleaning the rooftop.

The workers notified their supervisor, who called the medical examiner's office, said John Gallagher, spokesman for the Lower Manhattan Development Corporation, which now owns the building and is in charge of overseeing the rebuilding at ground zero.

"They followed the protocol on uncovering human remains or something sensitive," said Gallagher. "They know it is important, out of respect for the victims and their families, that the remains are handled with dignity, care and respect."

The workers were not anticipating anything sensitive at the site since the building had been inspected numerous times by the city, he said.

The 41-story building is being dismantled as part of the redevelopment of the World Trade Center site. Parts of the trade center's south tower carved a huge gash into the bank's facade when it collapsed on Sept. 11, 2001. Analyses of the building also have revealed high levels of asbestos, lead, dust from the trade center, and other contaminants.

Through last month, the medical examiner recovered nearly 20,000 human remains from the attack, allowing for the identification of 1,594 of the 2,749 victims, mostly through DNA testing.

"The remains that are not identified or unclaimed will be placed in a repository at the permanent memorial," said Borakove.