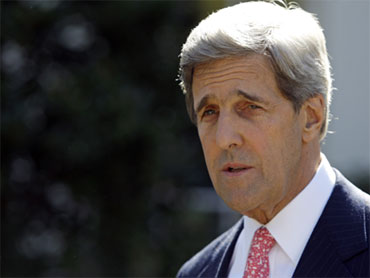 The time has come to change a policy that imposes a lifetime ban on donating blood for any man who has had gay sex since 1977, 18 senators said Thursday.

The lawmakers stressed that the science has changed dramatically since the ban was established in 1983 at the advent of the HIV-AIDS crisis. Today donated blood must undergo two different, highly accurate tests that make the risk of tainted blood entering the blood supply virtually zero, they said.

The senators said that while hospitals and emergency rooms are in urgent need of blood products, "healthy blood donors are turned away every day due to an antiquated policy and our blood supply is not necessarily any safer for it."

Brian Moulton, chief legislative counsel for the Human Rights Campaign,the nation's largest gay rights group, said they are hopeful that the policy, last reviewed in 2006, will change under President Barack Obama, "who is interested in looking at all the policies that have a discriminatory effect." The goal, he said, is "to have policies in place that are based on the science" rather than "any discriminatory idea about our community."

The senators' letter noted that in March 2006, the American Red Cross, America's Blood Centers and the American Association of Blood Banks reported to an FDA-sponsored workshop that the ban "is medically and scientifically unwarranted."

The FDA, in a statement, said that "while FDA appreciates concerns about perceived discrimination, our decision to maintain the deferral policy is based on current science and data and does not give weight to a donor's sexual orientation."

It said that while some groups favor relaxing restrictions, others, "such as those representing the hemophilia community, support continuation of the current policy."

People with hemophilia, a bleeding disorder, require periodic transfusions and in the past, before screening techniques were improved to ensure blood was HIV-free, were among those most at risk of contracting the virus.

Kerry compared the effort to lift the blood donation ban to legislation he backed in 2008 to end the law banning people with HIV from traveling and immigrating to the United States. That ban was lifted last year.