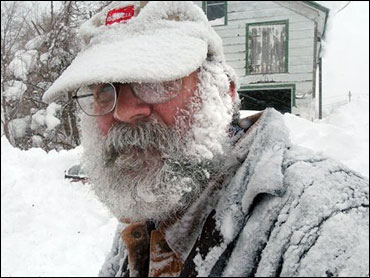 The Ottawa Senators have officially dropped their lawsuit against forward Alexei Yashin after reaching a settlement.

At the request of the Senators, the NHL withdrew from its arbitration hearing with the NHL Players Association. The hearing was to address the issue of financial damages against Yashin.

Backed by the NHL, the Senators were suing the team's former captain for $930,000 for holding out for the entire final year of his contract last season.

The league and the team claimed Yashin's absence cost the Sens at least that much in lost revenue and Bryden contended the club missed the second round of the playoffs because it didn't have Yashin.

Terms of the settlement were not disclosed, but Senators general manager Marshall Johnston said, "There was and will be no financial compensation to the team."

"We felt any further action on the financial damages issue would be unnecessary," Johnston added. "Alexei has come back to the team and he's proven his heart is in his game. We're happy with his performance. It's time to move on."

Yashin has eight goals and 16 assists in 27 games this season.

Yashin's agent Mark Gandler arranged the settlement with Roy Mlakar, president and CEO of the Senators and the Corel Centre.

Arbitrator Lawrence Holden ruled last June that Yashin's contract would expire only after he performs a further year of service, which is now the 2000-01 season.

Originally, the league and Bryden were seeking $7 million, but that figure was reduced by Holden, who ruled Yashin owed the final year of his contract and couldn't become a free agent.

The Senators suspended Yashin last November when he refused to honor his contract and instead played in Switzerland.