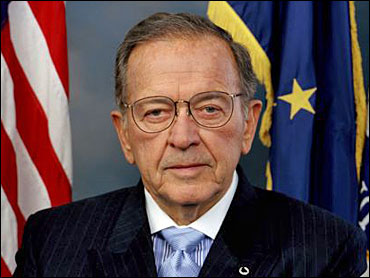 Employees of an oil services firm testified Friday that they spent hundreds of hours remodeling the Alaska cabin of Sen. Ted Stevens - labor that prosecutors say wasn't paid for or reported by the veteran lawmaker.

"We were working 10 hours a day, six days a week," said Roy Dettmer, a VECO Corp. electrician dispatched in 2000 to rewire the home.

Dettmer, testifying for the government on the second day of Stevens' corruption trial, estimated he worked 400 hours on the job at a rate of up to $29 an hour.

Another VECO worker told jurors the company paid him to spend two days installing a $6,000 generator at Stevens' hillside chalet in Girdwood, Alaska, in 1999. A VECO roofer also detailed his work as prosecutors flashed photos of a project that greatly increased the size of the home.

Prosecutors allege that Stevens lied about receiving more than $250,000 in renovations and gifts showered on him by VECO owner Bill Allen in exchange for political favors.

Stevens' lawyer says his client was in the dark about the renovations project and blamed his friend Allen for "devious" gift-giving that landed the senator in trouble.

Dettmer, the electrician, said the senator wasn't around, but recalled Allen visiting the cabin to "basically look around to see what was going on."

Stevens, 84, a Senate powerhouse and Alaska benefactor for generations, has seen both his influence and re-election prospects weakened by the lengthy FBI investigation that led to the charges.

Over his long career, prosecutors say Stevens became a crafty lawmaker who learned how to accept gifts without drawing attention to himself. Rather than hiring a home contractor for the cabin remodel, Stevens relied on Allen to manage the project, hire the carpenters and review the bills.

"We reach for the yellow pages, he reached for VECO," prosecutor Brenda Morris said Thursday during opening statements. "And the defendant never paid a dime."

Defense attorney Brendan Sullivan countered that his client's wife controlled the pursestrings and paid every bill received for the project, $160,000 in all. The senator was in Washington, 3,300 miles away from the job site, and Sullivan said Stevens can't be held responsible for any freebies or work done by Allen that wasn't billed.

"You cannot report what you don't know," Sullivan said.

Allen has pleaded guilty to bribing Alaska lawmakers and is the government's star witness against Stevens. He is expected to testify soon but was not due to take the stand Friday.

Other witnesses were expected to talk about gifts such as a gas grill, an elaborate rope lighting system, a sled dog and a sweetheart deal on a car.