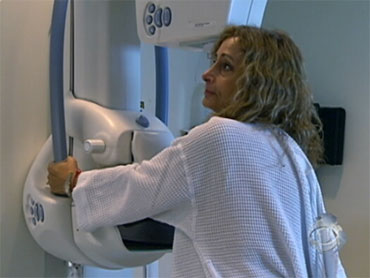 Senator Hillary Clinton (D-NY) was kind enough to give GameCore some of her time for a Q&A session regarding the current political gaming-climate and, of course, Grand Theft Auto.

How much responsibility should parents have to ensure that their children don't play games that are clearly labeled "Mature"? Does most of the blame lie with parents or with the video game companies?

Parents obviously play a critical role in protecting their children from influences that go against the values they hold dear, but they often feel like they are fighting an uphill battle against the violent and sexually explicit messages that are overwhelming in our culture.

It's not a question of who to blame -- it's a question of are there simple steps we can take to support parents in doing the hardest work there is? We need to do better. We need to do everything we can to make sure parents have a line of defense against violent and sexually explicit video games and other content that is being peddled to our children. That's why the legislation I will be introducing will put real teeth into video game ratings by instituting a financial penalty for retailers that fail to enforce the rules.

Are you aware of any studies that directly link video games with an increase in juvenile crime rates?

We know that violent video games have an impact on children. Just recently there was cutting edge research conducted at Indiana University School of Medicine, which concluded that adolescents with more exposure to violent media were less able to control and to direct their thoughts and behavior, to stay focused on a task, to plan, to screen out distractions, and to use experience to guide inhibitions.

Obviously, juvenile crime rates are influenced by a tremendous number of factors, including the economy, programs and interventions aimed at reducing crime, the presence of law enforcement, and more. What the research tells us is that for individual kids, violent media is harmful.

Why don't you think the kind of upheaval over video games isn't taking place in other countries where the same games are played?

I haven't followed the reaction to these games in other countries. I just know that in New York I hear from parents all the time who are struggling to protect their kids from influences and messages they think are harmful and that don't represent their values.

How is censoring video games any different than previous examples of public outrage over violence in Shakespeare, sex in rock music, etc.?

The video game industry has already decided that games rated M and AO are not appropriate for young people. That's what the labels M and AO mean. I am emphasizing that ratings should have meaning and they should be enforced. A 7 year old should not be able to walk into Wal-mart and buy Grand Theft Auto.

There have been four decades of research on the effect of media violence on our kids and it all points to the same conclusion -- media violence leads to more aggression, anti-social behavior, and it desensitizes kids to violence. The American Academy of Pediatrics summed up this point in a report entitled Media Exposure Feeding Children's Violent Acts. "Playing violent video games is to an adolescent's violent behavior what smoking tobacco is to lung cancer," it said. This isn't about offending our sensibilities -- it is about protecting our children.

Games like Grand Theft Auto are exceedingly popular. Do you personally believe that video games have merit as art?

Art is subjective; it's in the eye of the beholder. I think video games can be fun. They can teach eye-hand coordination and strategy and they can introduce children to computer technology. And there is no doubt they are intricate and sophisticated technologically. I'm not in any way trying to do away with video games. I'm strictly concerned with a small subset of games that are harmful to children -- those that are excessively violent and sexually explicit. I want to make sure children can't obtain these games without their parents' consent.

Should there be a federal law that limits the sale of video games? Is the current controversy just the first step?

I am developing legislation that would put some teeth into the ratings system by restricting the sale of M and AO-rated games to minors. The industry has already decided these games are not appropriate for minors and I want to make sure retailers take the rating system seriously. Repeated studies have shown that children as young as 7 can obtain these games fairly easily.
By Scott Conroy