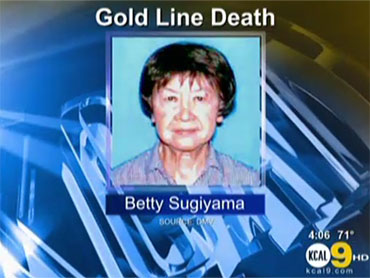 A constitutional amendment to ban flag desecration died in a Senate cliffhanger Tuesday, a single vote short of the support needed to send it to the states for ratification and four months before voters elect a new Congress.

The 66-34 tally in favor of the amendment was one less than the two-thirds required. The House surpassed that threshold last year, 286-130.

President Bush, who supports the amendment, called the failed vote unfortunate and commended Republicans and Democrats who voted to move the ratification process forward. In a statement, Bush said he continued to believe that "the American people deserve the opportunity to express their views on this important issue."

The proposed amendment, sponsored by Sen. Orrin Hatch, R-Utah, read: "The Congress shall have power to prohibit the physical desecration of the flag of the United States."

It represented Congress' response to Supreme Court rulings in 1989 and 1990 that burning and other desecrations of the flag are protected as free speech by the First Amendment to the Constitution.

Senate supporters said the flag amounts to a national monument in cloth that represents freedom and the sacrifice of American troops.

"Countless men and women have died defending that flag," said Majority Leader Bill Frist, R-Tenn., closing two days of debate. "It is but a small humble act for us to defend it."

CBS News correspondent Bob Fuss reports that, like gay marriage, politics were involved in the timing of this amendment. Republicans hoped it would fire up their conservative base — and supporters like the American Legion and others thought they really had a chance at passage this time.

Opponents said the amendment would violate the First Amendment right to free speech. And some Democrats complained that majority Republicans were exploiting people's patriotism for political advantage in the midterm elections.

"Our country's unique because our dissidents have a voice," said Sen. Daniel Inouye, D-Hawaii, a World War II veteran who lost an arm in the war and was decorated with the Medal of Honor.

"While I take offense at disrespect to the flag," he said, "I nonetheless believe it is my continued duty as a veteran, as an American citizen, and as a United States senator to defend the constitutional right of protesters to use the flag in nonviolent speech."

The Senate also rejected an alternative put forward by assistant Democratic leader Dick Durbin of Illinois. It would have made it against the law to damage the flag on federal land or with the intent of breaching the peace or intimidation. It also would have prohibited unapproved demonstrations at military funerals.

The last time the Senate considered the amendment, in 2000, it fell four votes short of what was needed. Both sides predicted rightly before Tuesday's vote that it would get more support.

The last proposed constitutional amendment that Congress sent to the states for ratification was the Equal Rights Amendment in 1972. The normal seven-year deadline for state ratification was extended to 1982, but the ERA couldn't muster the approval of more than 35 state legislatures, three short of the three-fourths of states required under the Constitution.

The 26th Amendment, guaranteeing 18-year-olds the right to vote, was approved by Congress in March 1971 and was ratified by the states less than four months later.

The 27th Amendment, ratified in 1992, was first proposed in 1789. It says pay raises that Congress votes for itself can't take effect until after the next election for members of the House.

The House also got into the July Fourth spirit Tuesday by passing on a voice vote a measure that would bar condominium and homeowner associations from restricting how the flag can be displayed.

Sponsored by Rep. Roscoe Bartlett, R-Md., the resolution would prohibit those groups from preventing residents from displaying an American flag on their own property. The Senate is considering whether to bring up the measure this year.