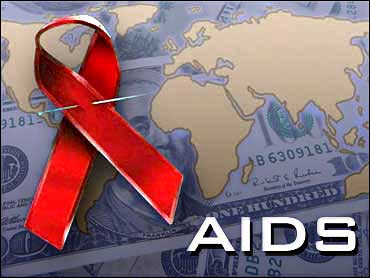 Senate negotiators said Wednesday they had reached a tentative agreement on a key obstacle to one of the most ambitious federal health initiatives ever, a $50 billion act to combat AIDS, malaria and tuberculosis in Africa and other countries hard-hit by those diseases.

The agreement sets the stage for the Senate to vote in the near future on the five-year bill that would more than triple the size of the $15 billion global AIDS bill that Congress, at the urging of President Bush, passed in 2003. The current act expires at the end of September.

Senate Majority Leader Harry Reid said they had an "agreement in principle" with several Republican senators, led by Sen. Tom Coburn of Oklahoma, who had voiced opposition to aspects of the bill.

With that agreement, Reid said, "we should be able to do this quickly and easily and it should be done before President Bush goes to the G-8 Summit next week. That would send an important message to the world that our country's commitment to fight HIV/AIDS has not wavered."

Reid said his preference was to pass the bill this week, but others involved in the negotiations said it was more likely the Senate would take it up after returning from the July 4 recess.

Coburn, a medical doctor who has treated AIDS patients, held up the bill over his demands that a fixed percentage of funding go to treatment programs. The 2003 bill stipulated that 55 percent of funds go to treatment, but that figure was taken out of the bill that overwhelmingly passed the House last April.

Writers of the new bill argued that caregivers on the ground would be better able to determine how to allocate money on prevention and treatment programs, but Coburn said there was a danger of money being diverted into unrelated development and poverty programs.

Under the tentative agreement, "more than half" of bilateral AIDS funding would be spent on treatment.

"I'm encouraged the Bush administration and congressional leaders decided to restore much of this key provision that has been so integral to PEPFAR's success," Coburn said, referring to the acronym for the President's Emergency Plan for AIDS Relief.

The tentative deal also requires that drugs procured by PEPFAR be approved by the Food and Drug Administration or a stringent regulator authority and prevents funding for more wealthy countries such as Russia and China.

Senate Foreign Relations Committee Chairman Joe Biden, D-Del., who negotiated the deal with ranking Republican Richard Lugar of Indiana and the top Republican on the Health, Education, Labor and Pensions Committee, Michael Enzi of Wyoming, welcomed the deal, saying HIV/AIDS alone claimed 2 million lives last year and "it is our moral obligation to lead the effort to fight these diseases."

David Bryden, spokesman for the Global AIDS Alliance, said they were carefully reviewing the compromise but were concerned that amounts set aside for treatment could limit funding for other programs such as those helping children orphaned by AIDS. "We will be forced to oppose this bill if it compromises the effectiveness of the AIDS program," he said.

The current PEPFAR act, operating mostly in sub-Saharan Africa, has been one of the major successes of the Bush administration's foreign policy, supporting anti-retroviral treatment for about 1.5 million. It is on target to prevent 7 million new infections and provide care for 10 million, including orphans and vulnerable children.

The new and expanded bill has been promoted by the White House, which actively engaged in the negotiations, and supported by presumed presidential nominees Sens. Barack Obama, D-Ill., and John McCain, R-Ariz.

Negotiators cautioned that several conservative Republicans still have issues with the bill, including the $50 billion price tag.

But they said it was important to achieve progress before the July 7-9 G-8 summit in Japan, when Bush will be urging other industrialized nations to contribute more to the global effort to combat AIDS.