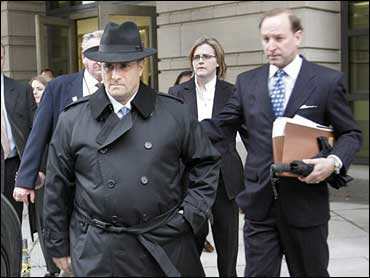 The public would know when a senator has a drink on a lobbyist's tab or quietly inserts a pet project into legislation under a measure that won unanimous approval Tuesday by a Senate committee.

The 17-0 Rules Committee vote was the Senate's first stab at cleaning up the image of lawmakers tarnished two months ago when former lobbyist Jack Abramoff pleaded guilty in a federal corruption investigation involving the use of millions of dollars to influence policy.

The measure, sponsored by committee chairman Trent Lott, R-Miss., emphasizes greater transparency in interactions with lobbyists; lawmakers could still accept food and drinks from a lobbyist but would have to post the value of the meal on their Web sites within 15 days.

Also, privately funded trips would have to be preapproved by the Senate Ethics Committee, and members would have to file a report on events attended during the trip and the names of accompanying lobbyists.

Members catching rides on corporate jets for official trips would have to list the names of all those on the plane, including lobbyists.

The reputation of the Senate is at stake, said Sen. Daniel Inouye, D-Hawaii, a member of the Rules Committee, in calling for strong lobbying reform measures. Currently, he said, "the used car salesman is about one notch above us."

The Rules Committee vote was the first in what should be a series of actions in the coming weeks to reduce the taint of scandal as legislators face disillusioned voters in an election year.

The full Senate could consider a combination of the two bills as early as next week.

House GOP leaders have also promised far-reaching changes in lobbying rules, although they have been slowed by dissension in their own ranks.

House Rules Committee aides said they may push for a temporary ban on all privately funded travel pending a study on how to differentiate legitimate fact-finding missions from fun-in-the-sun outings to warm weather resorts.

"This is a constitutional right we are fooling around with," said Sen. Robert Bennett, R-Utah, warning against restricting the rights of lobbyists or other citizens to petition their government.

Lott said the emphasis should be on more disclosure rather than writing new laws. His bill, unlike others that have been introduced, would not double to two years the waiting period before a retired lawmaker could take a job lobbying Congress. It did not ban privately funded travel, as some have called for, or ban earmarks, the thousands of narrowly focused projects members insert into larger, must-pass legislation.

Lott's measure would require earmarks, and the massive bills to which they are often attached, to be made public at least 24 hours before a Senate vote, and allow members to raise a point of order that could eliminate specific earmarks from legislation.

An amendment by Sen. Dianne Feinstein, D-Calif., raised to 60 votes, up from a simple majority in Lott's proposal, the votes needed to waive such a point of order.

The committee also approved without opposition an amendment by Sen. Rick Santorum, R-Pa., that would prohibit a retiring senator from negotiating for a job in the private sector until his or her successor has been chosen or elected.

In the one party-line vote of the day, the panel rejected a Democratic alternative, offered by ranking Democrat Christopher Dodd of Connecticut, that he said would add some badly needed muscle to the proposal. Dodd's plan would have banned meals as well as gifts from lobbyists, further restricted privately funded travel, increased the moratorium for accepting a lobbying job to two years and required mandatory annual ethics training for congressional employees.

Senate Minority leader Harry Reid of Nevada said his party would continue working for "real reform" when the lobbying issue reaches the Senate floor. "The current proposal simply does not go far enough to put tough new rules on lobbying," he said.

One part of the Dodd substitute, offered separately by Sen. Dick Durbin, D-Ill., bans activities such as the "K Street Project," a GOP-backed effort to pressure lobbying groups to hire Republicans or those who supported the GOP agenda. It was approved unanimously.