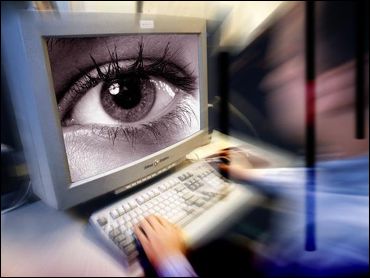 (AP)
Internet companies and civil liberties groups were alarmed this spring when a U.S. Senate bill proposed handing the White House the power to disconnect private-sector computers from the Internet.

They're not much happier about a revised version that aides to Sen. Jay Rockefeller, a West Virginia Democrat, have spent months drafting behind closed doors. CBSNews.com has obtained a copy of the 55-page draft of S.773 (excerpt), which still appears to permit the president to seize temporary control of private sector networks during a so-called cybersecurity emergency.

The new version allows the president to "declare a cybersecurity emergency" relating to "non-governmental" computer networks and do what's necessary to respond to the threat. Other sections of the proposal include a federal certification program for "cybersecurity professionals," and a requirement that certain computer systems and networks in the private sector be managed by people who have been awarded that license.

"I think the redraft, while improved, remains troubling due to its vagueness," says Larry Clinton, president of the Internet Security Alliance, which counts representatives of Verizon, Verisign, Nortel, and Carnegie Mellon University on its board. "It is unclear what authority Sen. Rockefeller thinks is necessary over the private sector. Unless this is clarified, we cannot properly analyze, let alone support the bill."

Representatives of other large Internet and telecommunications companies expressed concerns about the bill in a teleconference with Rockefeller's aides this week, but were not immediately available for interviews on Thursday.

A spokesman for Rockefeller also declined to comment on the record on Thursday, saying that many people were unavailable because of the summer recess. A Senate source familiar with the bill compared the president's power to take control of portions of the Internet to what President Bush did when grounding all aircraft on September 11. The source said that one primary concern was the electrical grid, and what would happen if it were attacked from a broadband connection.

When Rockefeller, the chairman of the Senate Commerce committee, and Olympia Snowe (R-Maine) introduced the original bill in April, they claimed it was vital to protect national cybersecurity. "We must protect our critical infrastructure at all costs -- from our water to our electricity, to banking, traffic lights and electronic health records," Rockefeller said.

The Rockefeller proposal plays out against a broader concern in Washington, D.C. about the government's role in cybersecurity. In May, President Obama acknowledged that the government is "not as prepared" as it should be to respond to disruptions and announced that a new cybersecurity coordinator position would be created inside the White House staff. Three months later, that post remains empty, one top cybersecurity aide has quit, and some wags have begun to wonder why a government that receives failing marks on cybersecurity should be trusted to instruct the private sector what to do.

Rockefeller's revised legislation seeks to reshuffle the way the federal government addresses the topic. It requires a "cybersecurity workforce plan" from every federal agency, a "dashboard" pilot project, measurements of hiring effectiveness, and the implementation of a "comprehensive national cybersecurity strategy" in six months -- even though its mandatory legal review will take a year to complete.

The privacy implications of sweeping changes implemented before the legal review is finished worry Lee Tien, a senior staff attorney with the Electronic Frontier Foundation in San Francisco. "As soon as you're saying that the federal government is going to be exercising this kind of power over private networks, it's going to be a really big issue," he says.

Probably the most controversial language begins in Section 201, which permits the president to "direct the national response to the cyber threat" if necessary for "the national defense and security." The White House is supposed to engage in "periodic mapping" of private networks deemed to be critical, and those companies "shall share" requested information with the federal government. ("Cyber" is defined as anything having to do with the Internet, telecommunications, computers, or computer networks.)

"The language has changed but it doesn't contain any real additional limits," EFF's Tien says. "It simply switches the more direct and obvious language they had originally to the more ambiguous (version)... The designation of what is a critical infrastructure system or network as far as I can tell has no specific process. There's no provision for any administrative process or review. That's where the problems seem to start. And then you have the amorphous powers that go along with it."

Translation: If your company is deemed "critical," a new set of regulations kick in involving who you can hire, what information you must disclose, and when the government would exercise control over your computers or network.

The Internet Security Alliance's Clinton adds that his group is "supportive of increased federal involvement to enhance cyber security, but we believe that the wrong approach, as embodied in this bill as introduced, will be counterproductive both from an national economic and national secuity perspective."

Update 8/28 6:14 p.m. ET: I just talked to Jena Longo, deputy communications director for the Senate Commerce committee, on the phone. She sent me e-mail with this statement:

The President of the United States has always had the Constitutional authority, and duty, to protect the American people and direct the national response to any emergency that threatens the security and safety of the United States. The Rockefeller-Snowe Cybersecurity bill makes it clear that the President's authority includes securing our national cyber infrastructure from attack. The section of the bill that addresses this issue, applies specifically to the national response to a severe attack or natural disaster. This particular legislative language is based on longstanding statutory authorities for wartime use of communications networks. To be very clear, the Rockefeller-Snowe bill will not empower a "government shut down or takeover of the internet" and any suggestion otherwise is misleading and false. The purpose of this language is to clarify how the President directs the public-private response to a crisis, secure our economy and safeguard our financial networks, protect the American people, their privacy and civil liberties, and coordinate the government's response.

Unfortunately, I'm still waiting for an on-the-record answer to these four questions that I asked her colleague on Wednesday. I'll let you know if and when I get a response.
Declan McCullagh is a correspondent for CBSNews.com. He can be reached at declan@cbsnews.com. You can bookmark the Taking Liberties site here, or subscribe to the RSS feed.