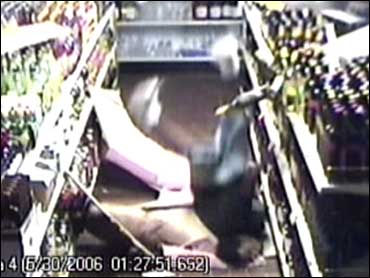 A group of moderate Democrats, led by Sen. John Breaux of Louisiana, provided the votes Republicans needed to pass the budget blueprint, which allows for major tax cuts and restrains federal spending.

On Wednesday, Republicans pushed the resolution through the House on a 221-207 vote, with only a handful of defections from either party.

The budget plan calls for a $1.35 trillion, 11-year tax cut and 4 percent growth - half of this year's increase - for many federal programs. Mr. Bush had long sought a 10-year, $1.6 trillion tax reduction, but accepted the smaller package as the price for ensuring support from moderate Democrats in the Senate.

Senate Majority Leader Trent Lott, R-Miss., hailed Thursday's vote as a "a great victory not just for the president and the Congress but for the American people."

At the White House, spokesman Ari Fleischer congratulated the Senate for taking "bipartisan action" to approve the president's agenda.

"The economic-recovery package that the president has talked about is on the way, tax relief is on the way, educational improvements are on the way," he said, adding, "The president views this as a very important day in his new presidency and he is very pleased to thank the Democrats that helped make this possible."

But most Democrats had harsh words for the budget plan, saying it would sacrifice resources needed for schools, health care and other priorities to finance tax cuts that would mostly benefit the wealthy.

"This tax cut will savage our nation's real and growing needs. It will benefit the jet set, but leave the rest of America riding on rusty rails," said Sen. Robert Byrd, a West Virginia Democrat.

The budget sets tax and spending guidelines that lawmakers are supposed to follow - but often ignore - when writing later bills that finance federal programs and change tax law. It does not need the president's signature.

But under congressional rules, budget passage would ensure that the tax cut the measure envisions could not be killed by a Senate filibuster - delays that would require 60 votes to end. The budget vote is also an important signal of where congressional sentiment lies on a president's fiscal proposals.

Republicans said they nailed down the moderate Democratic support they needed by agreeing that the Senate's forthcoming tax bill would limit a $100 billion portion of the tax cut aimed at stimulating the economy to 2001 and 2002.

The House tax bill could spread the money over the next 11 years. House-Senate bargainers would have to find a compromise later.

In addition, they answered Democrats' insistence for an extra $6 billion for schools by crafting nonbinding language saying that providing additional money for education would be a high priority.

"Is it a perfect document?" Breaux asked on the Senate floor. "Of course not. But does it advance the cause of government in a democracy that is almost evenly divided between the two parties? I think the answer is yes, it does."

Other Democrats joining Breaux in backing the budget were Sens. Max Baucus of Montana, Ben Nelson of Nebraska, and Max Cleland and Zell Miller of Georgia. Miller was the only Democrat long certain to support it.

Sens. James Jeffords of Vermont and Lincoln Chafee of Rhode Island were the only Republicans to stray from supporting the package.