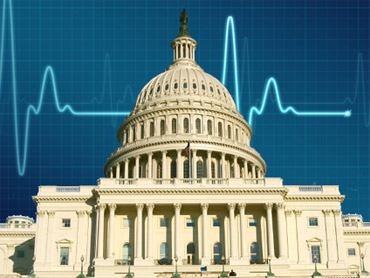 The Senate has passed a bill to temporarily spare doctors from a scheduled 21 percent cut in Medicare payments.

The measure would delay cuts for six months while lawmakers work on a more permanent solution. The bill now goes to the House, which won't be able to take it up until next week.

There is some urgency to approve the funding because the cuts were scheduled to take affect June 1 and lawmakers fear doctors will start turning away Medicare patients if their payments are cut.

The Senate passed the measure by voice vote Friday after failing the night before to pass a larger package that included these funds.