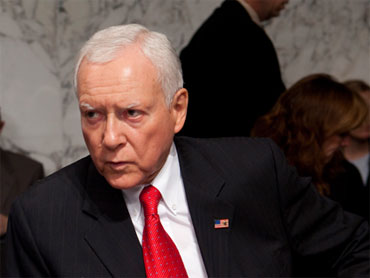 Senators writing a health care overhaul bill on Wednesday rejected a bid to strengthen anti-abortion provisions already in the legislation, in a vote that could have far-reaching repercussions.

The 13-10 vote by the Senate Finance Committee could threaten support for health care overhaul from some Catholics who back its broad goal of expanding coverage.

Sen. Orrin Hatch, R-Utah, argued that provisions already in the bill to restrict federal funding for abortions needed to be tightened to guarantee they would be ironclad.

But his argument failed to carry the day. One Republican, Olympia Snowe of Maine, voted with the majority. One Democrat, Kent Conrad of North Dakota, supported Hatch.

Chairman Max Baucus, D-Mont., argued that his bill already incorporates federal law that bars abortion funding, except in cases of rape, incest or to save the life of the mother. It would require health plans to keep federal subsidies separate from any funds used to pay for abortions in all other cases.

The concern from abortion opponents, including Catholic bishops

is that those underlying restrictions have to be renewed every year. If Congress fails to renew the ban one year, plans funded through the health care overhaul would be allowed to cover the procedure, abortion opponents contend.

Abortion rights supporters respond that adding a permanent restriction on abortion funding to the health bill would actually go beyond current federal law, which has to be renewed every year.

"This is a health care bill," said Baucus. "This is not an abortion bill. And we are not changing current law."

Hatch said his language, "would codify it, so we don't have to go through it every year."

Abortion rights supporters said the Hatch language could deny coverage for abortion to working women signing up for coverage through private plans.

Its approval would be a "poison pill ... if it is hung on this legislation," said Sen. Maria Cantwell, D-Wash.

The committee also rejected, 13-10, a Hatch conscience amendment that would have strengthened provisions to protect health care workers who refuse to perform abortions and other procedures because of religious or moral objections.

Is the Public Option Dead?

On Tuesday, liberal Democrats failed in two efforts to include a government-run insurance option in the legislation before the Senate Finance Committee. Finance is the last of five congressional panels completing work on President Barack Obama's No. 1 domestic priority, a top-to-bottom reshaping of the U.S. health care system to hold down costs and extend coverage to the uninsured.

The outcome was expected in the moderate committee, which is the only of the five not to have embraced a new federally run insurance plan that would compete with private insurers. Advocates say the competition would help consumers while opponents say it would destroy private companies and result in a government takeover of health care.

Baucus said he saw features to like in the so-called public plan but that it wouldn't get the 60 votes necessary to advance in the Senate. "My first job is to get this bill across the finish line," said Baucus, who'd proposed nonprofit, member-owned cooperatives instead.

Public plan supporters vowed to keep up their fight as the bill moves toward the Senate floor, and then to negotiations with the House. Democratic leaders in both chambers are pushing for floor votes in the fall.

But first the bill has to get out of the Finance Committee, where senators also faced amendments expected to be offered by minority Republicans to strengthen prohibitions against illegal immigrants getting federal funding to buy insurance.

Those issues are also still pending in the House, where Democratic leaders hope to finalize legislation this week that would merge the work of three separate committees into one. Speaker Nancy Pelosi, D-Calif., was to meet with the full Democratic caucus Wednesday morning to discuss issues including the final shape of a public plan she intends to include in the House bill, and how to pare the bill down to $900 billion over 10 years. Obama's preferred price tag and about how much the Senate Finance version costs.