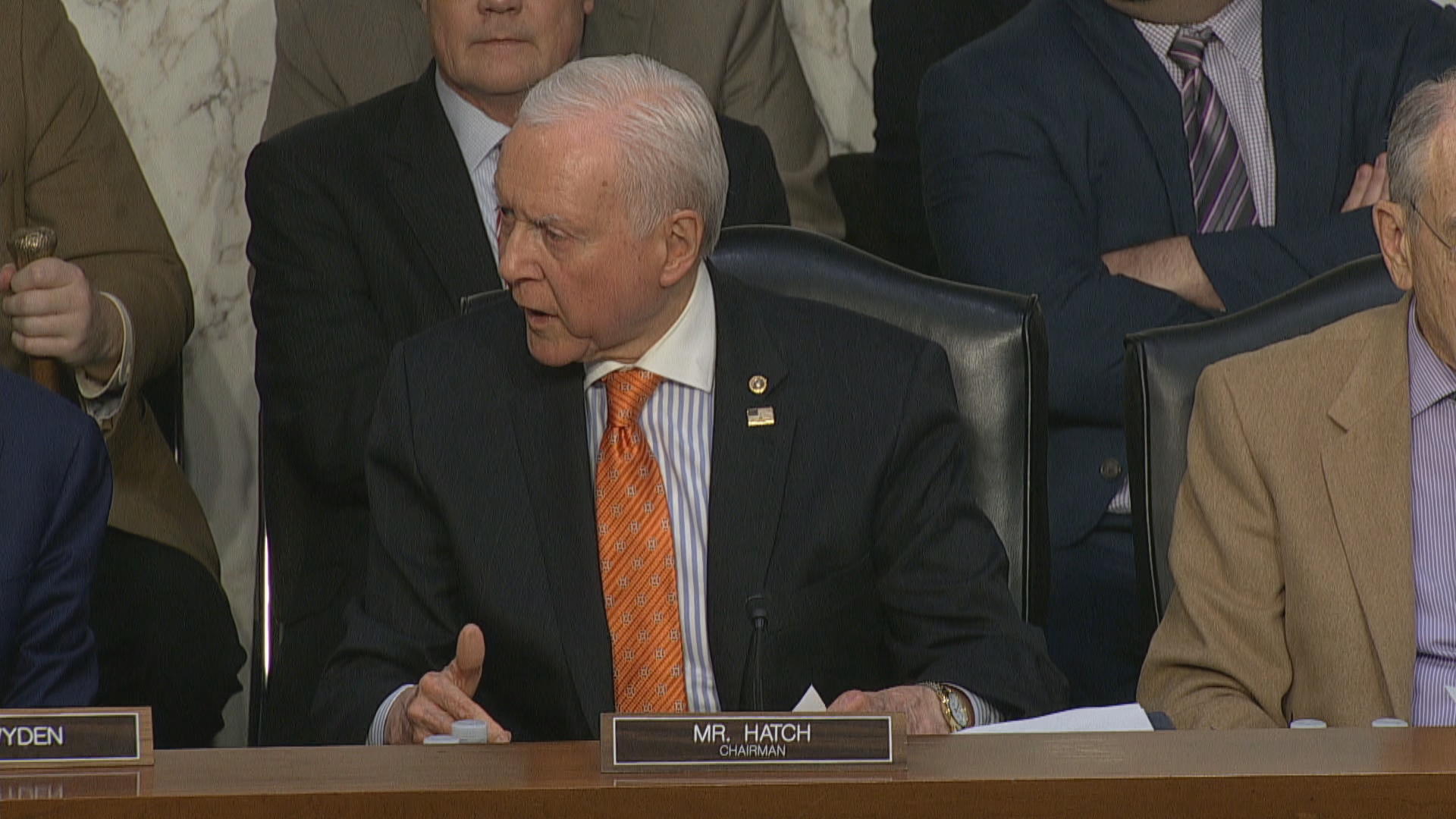 A shouting match erupted in the Senate Finance hearing over the Republican tax overhaul, with Ohio Democrat Sherrod Brown and Utah Republican Orrin Hatch arguing Thursday night over who benefits from the GOP plan.

At the heart of the argument is new analysis by congressional number crunchers that finds this plan cuts taxes at first but by 2027 actually raises taxes for anyone making less than $75,000.

"When the Republicans are in power, the first thing they want to do is give tax cuts to the rich. That's just what's -- it's in their DNA," Brown said.

Brown's attack on the new Republican tax plan got under the skin of chairman Hatch.

"I've been here working my whole stinking career for people who don't have a chance. And I really resent anybody saying that I'm just doing this for the rich. Give me a break," Hatch said. "I think you guys overplay that all the time and it gets old. And frankly you ought to quit it."

"I'm not through. I get kind of sick and tired of it," Hatch said.

"What you said was not right! That's all I'm saying," Hatch said. "Now I come from the lower middle class originally. We didn't have anything. So don't spew that stuff on me. I get a little tired of that crap! … I like you personally very much. But I'm telling you this bullcrap that you guys throw out here really gets old after a while. And then to do it right at the end of this is just not right."

Democrats say Republicans are rushing the bill through Congress. They're also upset that the plan eliminates Obamacare's individual mandate, cuts the corporate tax rate to 20 percent, and eliminates Americans' ability to deduct state and local taxes.

House Republicans passed their version of a $1.5 trillion tax bill Thursday, and Senate Republicans are hoping to hold a vote on Hatch's plan after Thanksgiving. They insist these tax hikes won't actually happen because Congress will simply renew some of the plans temporary tax provisions.