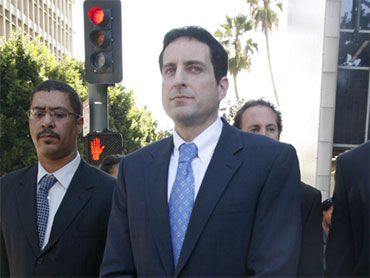 The Senate on Tuesday ended a two-year filibuster of California judge Janice Rogers Brown, clearing for final vote her nomination to the U.S. Appeals Court and hewing closely to a historic deal to avert a partisan showdown over judicial filibusters.

By a vote of 65-32, Brown's nomination for the U.S. Circuit Court of Appeals for the District of Columbia was cleared for a final confirmation floor vote, which was expected to take place Wednesday.

It takes 60 votes to bypass a filibuster, a total that Brown's Republican supporters have not been able to muster since November 2003, when they were only able to get 53 votes for the conservative California Supreme Court justice.

Republicans have argued that Brown was worthy of confirmation to a court that many call the second most important in the nation, one also viewed as a stepping stone to the Supreme Court. Brown would be the second African American woman to sit on that court, which decides important government cases involving separation of powers and the authority of federal agencies.

Brown is "one of the best nominations the president has made. She is a woman of integrity and ability," said Sen. Jeff Sessions, R-Ala.

But Democrats have been blocking Brown because they see her as a conservative judicial activist who ignores the law in favor of her own political views. They are critical of her record as a jurist who supported limits on abortion rights and corporate liability and opposed affirmative action.

"Her record leaves no doubt that she would attempt to impose her own extreme views on people's everyday lives, instead of following the law," said Sen. Edward Kennedy, D-Mass.

But last month, Senate centrists struck a deal to confirm Brown and two other controversial nominees to avoid a fight over the judicial filibuster. Because of that deal, as many as four of Bush's nominees to the regional U.S. Appeals Courts could be confirmed before the end of the week.

Democratic leaders were still hoping to scuttle that final vote on Brown.

"Janice Rogers Brown is one of President Bush's most ideological and extreme judicial nominees," said Sen. Richard Durbin of Illinois, the Senate's No. 2 Democrat. Added Sen. Charles Schumer, D-N.Y., head of the Democratic Senatorial Campaign Committee: "Judge Brown was the least worthy pick this president has made for the appellate court, and that's based on her record."

Democrats have been blocking Brown's nomination since November 2003, when Republican failed on a 53-43 vote to get the 60 votes needed to bypass a Democratic filibuster.

But to avert a partisan showdown, seven Democrats and seven Republicans signed a pact last month pledging not to filibuster judicial nominees except in "extraordinary" circumstances. At the same time, they agreed to oppose attempts by GOP leaders to change filibuster procedures.

As part of that agreement, Democrats also agreed not to filibuster Brown, William Pryor and Priscilla Owen.

The Senate already has confirmed Judge Owen, a longtime member of the Texas Supreme Court who was sworn in Monday as a judge on the 5th U.S. Circuit Court of Appeals in New Orleans.

The confirmation of Pryor, a former Alabama attorney general, will come up after Brown's approval process is completed, Frist said.

Brown's supporters say critics are more concerned about stopping a conservative black woman from getting a seat of power inside the federal judiciary.

"This highly qualified African-American woman, the daughter of an Alabama sharecropper, has received appalling treatment by a group of hypocrites in the Senate, who always claim to support equal opportunity, yet refused to allow her nomination to even see the light of day," said Niger Innis, spokesman for the Congress of Racial Equality (CORE).

But her opponents say their opposition has more to do with Brown's record than it does with her race.

"Janice Rogers Brown has a dangerous and extreme legal philosophy that is completely at odds with working families' interests and values," said Jon Hiatt, a lawyer for the AFL-CIO. "Her appointment to the D.C. Circuit would put workers' rights and fundamental protections at risk."