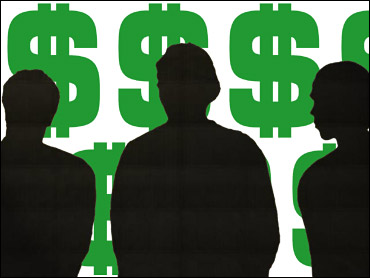 The Senate on Wednesday passed legislation that could save employers tens of billions of dollars in pension payments.

Advocates of the measure - which would change the requirements for the way that employers fund defined benefit pension plans - say it is also a way to help protect the pensions of American workers.

The bill, the first major act of this legislative session, has wide bipartisan support in an election year when congressional harmony is expected to be rare.

"The retirement security of millions of workers hangs in the balance," Sen. Max Baucus, D-Mont., said before the Senate voted 86-9 to approve the bill.

"This is about protecting American workers and their pension benefits," said Sen. Norm Coleman, R-Minn.

The bill still must be reconciled with the House version and ironed out with the administration, which is balking at a provision giving special treatment to airlines and steelmakers with chronic pension underfunding problems.

The legislation is a short-term, two-year fix to protect employers from what could become artificially inflated pension contributions and allow Congress time to work on more lasting solutions to pension funding and the problems of companies that underfund or abandon their defined benefit plans.

Congress must move before April, when companies will again have to determine payments based on the 30-year Treasury bond rate. Because the Treasury Department no longer issues the bond, its interest rate has fallen precipitously. That in turn, under an inverse relationship, causes required pension contributions to increase.

"Our members are already making investment plans, job-hiring retention plans and without this fix they are going to have to divert in some cases hundreds of millions of dollars into their pension plans unnecessarily," said Dorothy Coleman, vice president for tax policy at the National Association of Manufacturers."

For the next two years, the formula would be based on a composite of investment-grade corporate bonds. Companies will save about $80 billion over two years under the new formula, says the Pension Benefit Guaranty Corp., which insures the pensions of 44 million people in more than 30,000 single and multi-employer defined benefit plans.

The Senate bill separately would allow airlines, steelmakers and others with underfunded plans who must make catch-up deficit reduction contributions to waive large parts of their catch-up pay over the next two years. They could waive 80 percent of those payments the first year and 60 percent the second year.

The three Cabinet secretaries who comprise the PBGC board, Elaine Chao of Labor, John Snow of Treasury and Donald Evans of Commerce, said they would advise President Bush to veto the bill if it should contain this provision because they said it would worsen pension plan underfunding, now estimated at $350 billion nationwide.

The PGGC said those who qualify for the deficit reduction contribution waiver would save another $16 billion. Currently, underfunded plans must make catch-up payments, including their normal contributions, to ensure their plans return quickly to financial viability.

Business groups support the bill as do unions, even though it would produce smaller corporate contributions to pension plans. Organized labor fears that many financially pressed companies will otherwise opt to dissolve their plans or declare bankruptcy and turn the plans over to the PBGC, which may not pay the full pension that was promised.

The measure is particularly important to mature industries such as automobiles, where retirees at some companies outnumber current employees. General Motors Corp., for example, has 25 retirees for every 10 active employees and will have to pay out $6 billion in pension benefits this year.

Sen. Jon Kyl, R-Ariz., proposed an amendment that he said would make the bill more acceptable to the administration by making taxpayers less vulnerable if companies that get special breaks become insolvent, transferring the pension payment to the PBGC, which last year the PBGC had a record deficit of $11.2 billion. The Kyl amendment was defeated Tuesday, 67-25.