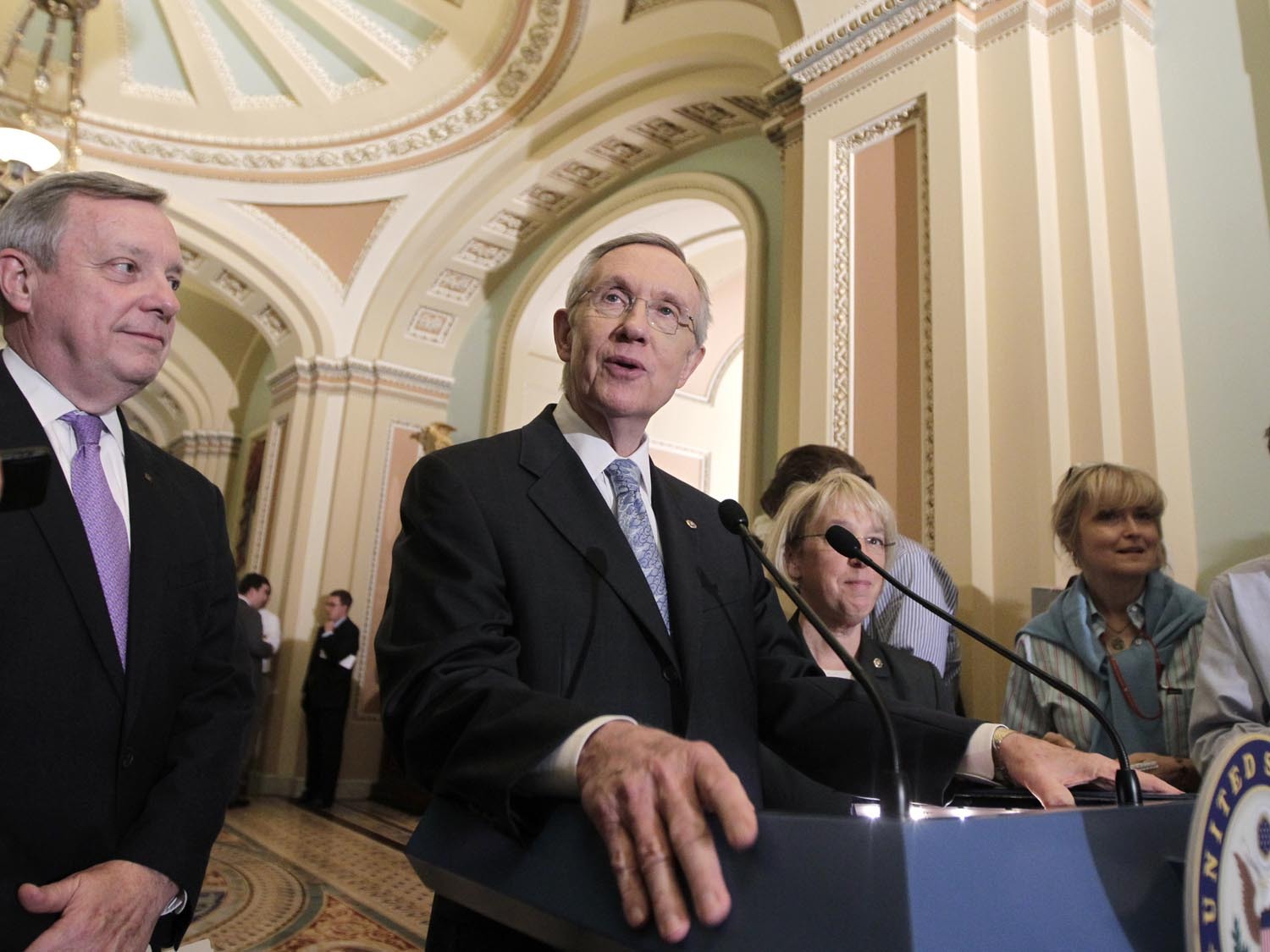 Senate Democrats are aiming to vote as early as this week on part of Mr. Obama's $447 billion jobs plan, which gives $35 billion to teachers and first responders like firefighters.

Senate Republicans voted unanimously to block President Obama's $447 billion jobs bill last week, so Democrats plan to put the individual elements of the plan up for a vote one by one, figuring the specific measure will be harder for Republicans to oppose.

The recession "has threatened their ability to give our children the education they deserve," Senate Majority Leader Harry Reid told reporters Monday. Since 2008, state and local budget cuts have cost the nation 300,000 education jobs, he said. "State and local budgets could cost as many as 280,000 teacher jobs next year unless we do more."

The first component of the plan would invest $30 billion to help school districts avoid layoffs and rehire teachers. Another $5 billion would be spent retaining the police, firefighters and first responders. It would be fully paid for with a .5 percent surtax on millionaires -- Senate Democrats plan to carve up the 5.6 percent surtax on millionaires they've proposed and apply it to different portions of the jobs bill as they put them up for a vote.

While Reid is aiming to vote on the $35 billion measure this week -- as Mr. Obama tours key electoral states promoting his agenda and lambasting Republicans for obstructing it -- the Senate's current work on a federal funding bill could delay its consideration.

Senate Republican Leader Mitch McConnell said in a statement it's "disappointing" that Democrats remain focused on the Jobs Act.

He pointed out that Congress has recently passed bipartisan economic measures, such as a trio of free trade agreements. "Democrats should build off these bipartisan accomplishments by turning to other proposals for spurring private sector job creation that both parties could support--rather than a permanent tax hike for a temporary stimulus," he said.