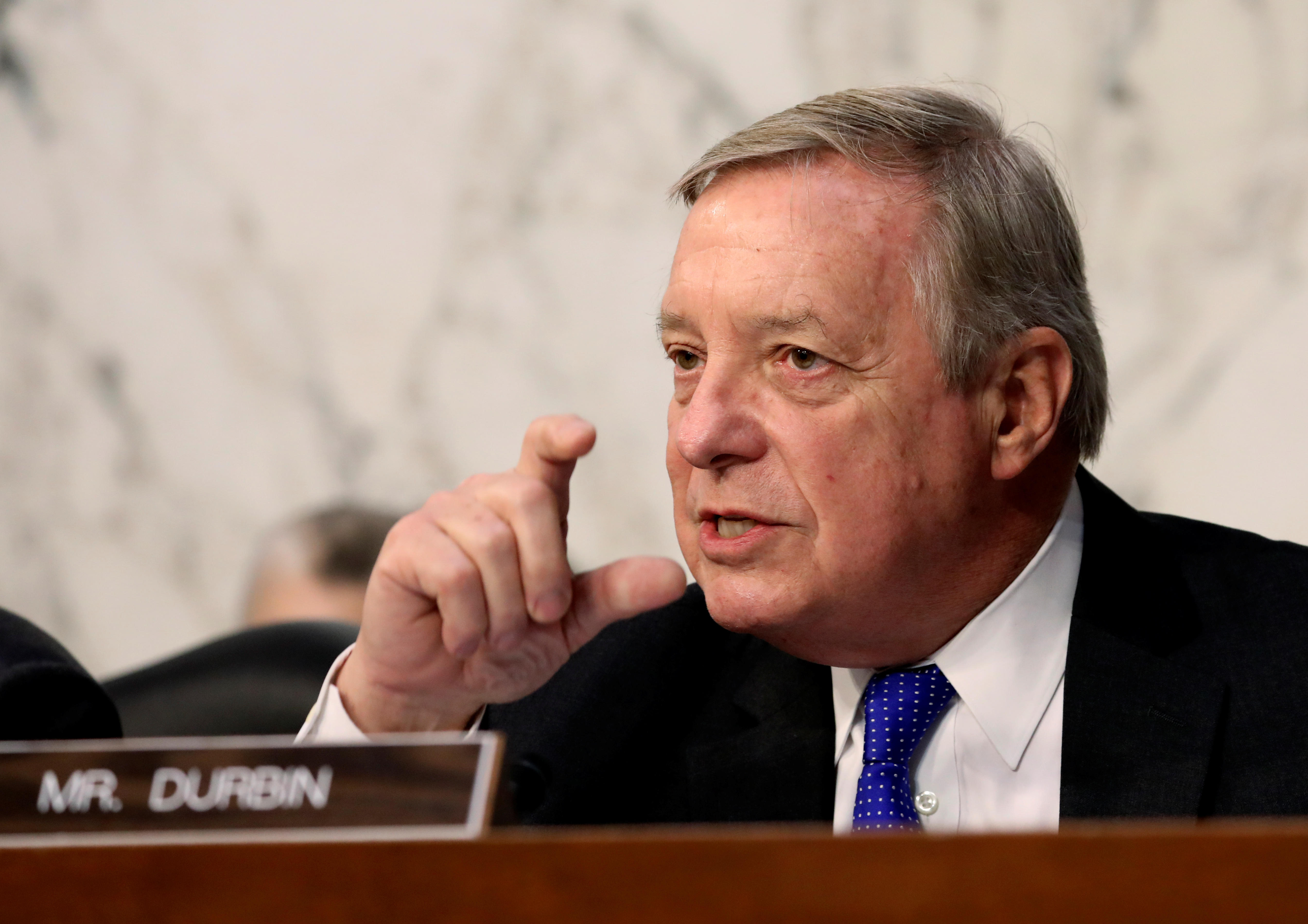 Eight Democrats on the Senate Judiciary Committee sent a letter to Republicans members on Wednesday suggesting that past FBI investigations into Supreme Court nominee Brett Kavanaugh's background may have included information about allegations of "inappropriate sexual behavior or alcohol abuse," a charge that Republicans quickly denied.

The letter came in response to a tweet from Republicans on the committee which asserted that none of the previous six investigations into Kavanaugh's background unearthed evidence of alleged misconduct.

The original tweet by Judiciary Committee Republicans read: "Nowhere in any of these six FBI reports, which the committee has reviewed on a bipartisan basis, was there ever a whiff of ANY issue - at all - related in any way to inappropriate sexual behavior or alcohol abuse."

In the letter, Democrats wrote that the tweet wasn't consistent with what senators learned in a briefing on a confidential background investigation into Kavanaugh's history. The letter said that Democrats are "limited" in what they can reveal about the investigation due to confidentiality issues, but claimed "there is information in the second tweet that is not accurate."

"It is troubling that the committee majority has characterized information from Judge Kavanaugh's confidential background investigation on Twitter," the letter read. "If the committee majority is going to violate that confidentiality and characterize this background investigation publicly, you must at least be honest about it."

The letter also criticized Republicans on the committee for "mischaracterizing" and "selectively disclosing" information about the allegations against Kavanaugh.

Republicans hit back, saying Democrats were using yet another strategy to try and derail Kavanaugh's confirmation.

"Nothing in the tweet is inaccurate or misleading. The committee stands by its statement, which is completely truthful. More baseless innuendo and more false smears from Senate Democrats," the committee's majority tweeted in response.

"So Democrats are back to innuendo and cloak and dagger attacks with information they've had access to for months. Kudos to Senators Coons and Klobuchar for not signing on to this pathetic last-ditch effort to scrape the very bottom of the barrel," he wrote.

Democratic Sens. Amy Klobuchar and Chris Coons did not sign the letter. Coons is a close friend of Flake.

Kavanaugh is facing allegations of sexual misconduct by at least three women. He and Dr. Christine Blasey Ford, who has accused Kavanaugh of sexually assaulting her when they were both teenagers, testified before the Senate Judiciary Committee last week. The FBI is currently undertaking an investigation into the allegations against Kavanaugh, at the request of Democrats on the committee and a few Republicans in the Senate, including Sen. Jeff Flake of Arizona.

However, the White House seems to have limited the scope of the investigation, and a report on the FBI's findings is expected to be released before Friday. The Senate is likely to vote on Kavanaugh's confirmation by the end of the week.

Kavanaugh's use of alcohol has been a focal point of the allegations, as several former classmates have accused him of being frequently drunk in high school and college, and his yearbook entry included many references to alcohol.