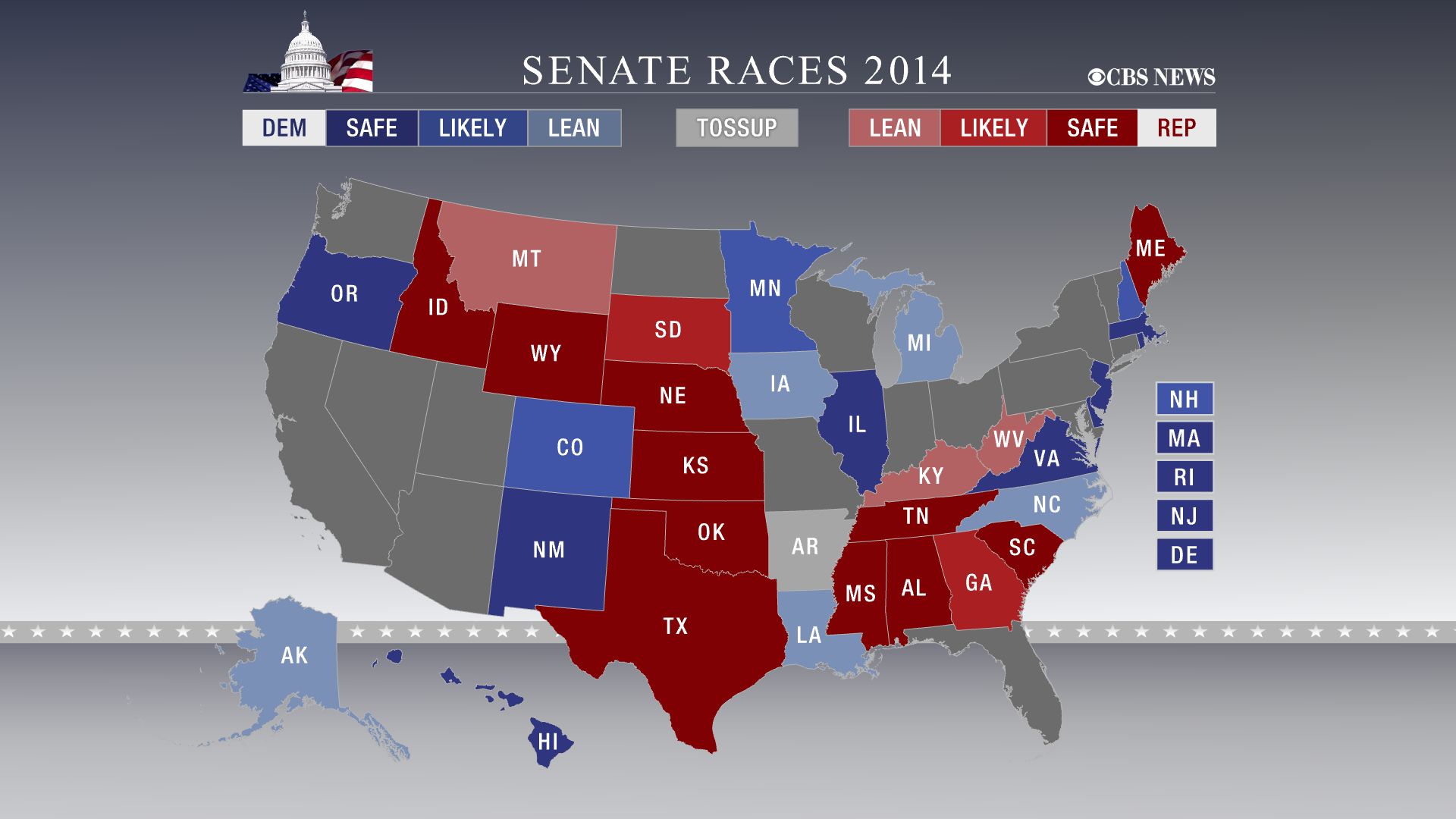 But there's also some danger for them in having a map to the majority that looks easy.

Senate control now runs through so many red states that Republicans could still have a good 2014 without luring many voters beyond their conservative base. For a party ostensibly trying to broaden its message ahead of the next presidential cycle, that isn't necessarily a good thing. It may present their bigger test. Whether the GOP can – or tries to - expand its map and coalition this year might tell us a lot about what happens in 2016.

Meanwhile the more immediate pressure on the party keeps coming from the right. This spring and summer we'll watch at least a half-dozen incumbent GOP senators, all conservatives from safe Republican states, face some sort of primary challenge from the staunch conservatives and tea party candidates still angered by budget deals and compromises. The target list includes notable names like Senate Minority Leader Mitch McConnell in Kentucky, and Sen. John Cornyn in Texas.

None are likely to lose. But together with heated primaries looming in the open-seat races (watch Iowa, and Georgia) it will spotlight - perhaps for a national audience - the ongoing fight for the direction and message of the party.

Here’s how the 2014 playing field got tilted in favor of the Republicans. Some of it is political; some is just the inevitable result of Democrats having a large majority.

All that said, with a six-seat (net) cushion holding up their majority, Democrats do have, as we pollsters say, some margin for error. We might categorize their map this way:

And the opening question, whether the GOP will expand the map, could be answered in some of the states that are currently not among the most competitive, but which could potentially get heated if 2014 becomes a more broadly-based Republican year: think Colorado, Minnesota, New Hampshire.

All that said, we’ve seen some of this before. Republicans started the last midterm cycle with a Senate majority in their sights and it slipped away – arguably, long before November, it part because their primaries produced candidates who proved too far right or too controversial in the general elections. 2012 saw some of the same. That’s less likely to happen on the 2014 map, which just doesn’t run through as many swing states. But – as any football fan will tell you this playoff season - you can dominate a game and still lose it on an ill-timed turnover.

For what it’s worth, history is also on the side of the party outside the White House. In their sixth year in office, Presidents Reagan, Clinton, and Bush at best saw their party manage only a draw, or else lose control of the Senate. History, and today’s map, also tells the story of how the pendulum invariably swings in American politics – many of 2014’s incumbents last ran in 2008, a decidedly Democratic year and with presidential turnout at their backs. And of course any party with a large legislative edge is, almost by definition, likely to be defending tough territory.  It often seems that simply having a majority is itself an impediment to keeping it.