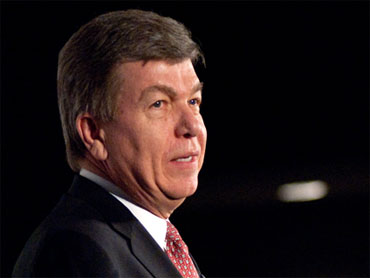 Sen. Roy Blunt, R-Mo., endorsed Mitt Romney on Tuesday for his bid to the Republican nomination for president, as well as taking the lead role on Romney's Congressional Team, which will seek to pursue more endorsements for the former governor on Capitol Hill.

"Through his experience in the private sector and as governor, I believe Mitt has the right background to help create more economic certainty and spur job growth in Missouri and nationwide, and that's why I'm proud to lead his Congressional Team."

Romney recently received an endorsement from former Minnesota governor Tim Pawlenty, his one-time rival for the nomination. Blunt will try to gain support for Romney from Republicans in both the House and Senate.

"It is an honor to have Roy's support. He has always been a champion of taxpayers and small business owners, and I know that he will be an effective liaison in sharing my vision for America with his colleagues in both the House and the Senate," Romney said in a statement.