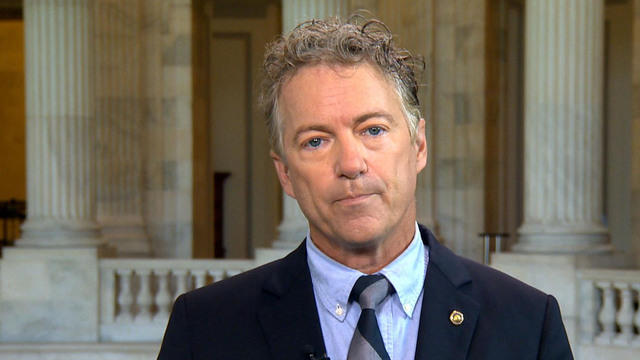 Sen. Rand Paul has defended President Trump after he appeared to side with Vladimir Putin instead of his own intelligence agencies during the leaders' summit in Helsinki, Finland. In an interview with "CBS This Morning" on Tuesday, the Kentucky Republican  commended the president for being willing to meet with known adversaries in order to "try to prevent us from having World War 3."

"Yes, the vast majority of the foreign policy community, the bipartisan consensus said you shouldn't meet with Putin," Paul said. "They also said he shouldn't meet with Kim and this is an extraordinary thing about President Trump that should be lauded and not belittled is that he is willing to meet with adversaries to try to prevent us from having World War 3."

Paul stood by Mr. Trump's decision to sit down with Putin, saying that the president "did a good thing" by meeting with Putin and warned his colleagues that it was a "mistake" to "try to turn this into a partisan escapade."

Sen. Paul also compared Mr. Trump's meeting with Putin to President Ronald Reagan's summit with General Secretary of the Communist Party of the Soviet Union Mikhail Gorbachev. "CBS This Morning" co-anchor John Dickerson pointed out to Paul that Reagan, unlike Mr. Trump, had pushed America's moral objection to the Soviet Union during their meeting. Mr. Trump meanwhile, faulted both sides -- the United States and Russia, for its role in the 2016 election.

Paul, however, objected to the notion, saying that it was "not being fair to the president," citing Reagan's "evil empire" comments toward the Soviet leader.

"While the rhetoric was strong, you might actually compare that with Trump's rhetoric in North Korea, it's been very strong. So I think there's actually some apt comparisons between Reagan and Trump on the diplomatic front," said Rand.

As intelligence agencies across the federal government have since endorsed the assessment compiled in January of last year that concluded Russia was indeed involved interfering in the 2016 presidential election, Paul again defended the president's comments in which he partially faulted U.S. "foolishness" for the attack on America's election system, saying that the president has undergone an "onslaught of partisan investigations."

It's a sentiment the president himself agreed with, tweeting his thanks to the senator after his comments to "CBS This Morning", saying "you really get it!"