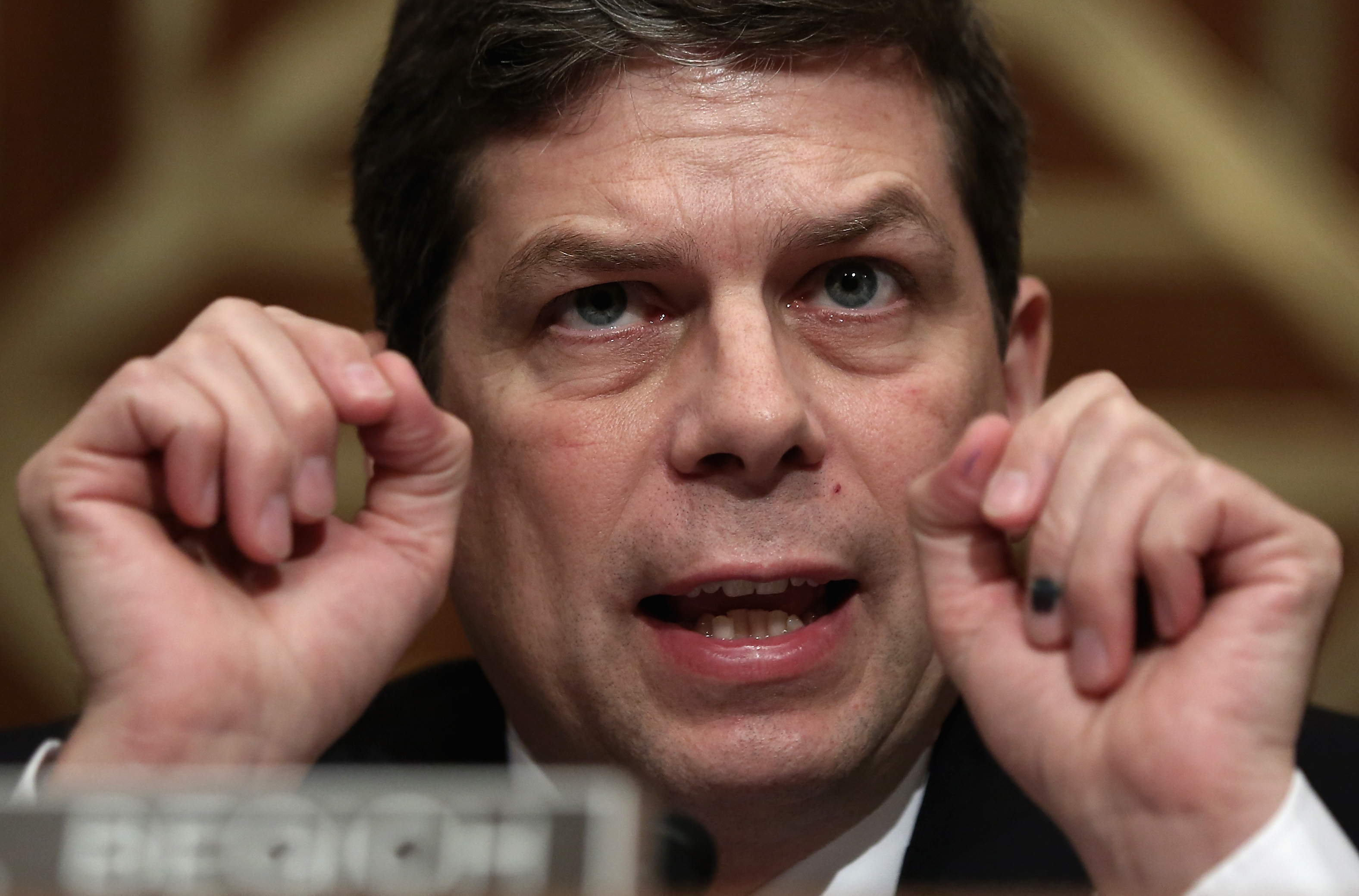 Last month, President Obama took to the White House briefing room to offer some advice to fellow Democrats competing in the midterm elections this November: Don't be afraid to run on Obamacare.

Alaska Sen. Mark Begich, who joined all of his Democratic colleagues in voting for the Affordable Care Act in 2009, isn't taking Obama's counsel -- and he's not particularly concerned about turning it down either.

"The president challenging me on this is kind of irrelevant," Begich told RealClearPolitics. "That's not how I campaign. I look toward what Alaskans care about."

How Begich campaigns, in fact, involves not saying very much about health care at all.

When asked about the issue Republicans hope to make the centerpiece of the campaign in his state, Begich said that the law is "not perfect" and "needs to be worked on," adding that he has introduced many potential fixes in the Senate and noting, somewhat nebulously, that the current health care system is better than what existed previously.

"We can't go back to the days when 34 percent of individually insured Alaskans were denied coverage," he said.

However, it is clear from just about every facet of Begich's campaign that he has reached the opposite conclusion from Obama, which is that he does, in fact, need to be defensive about his vote.

Under the "priorities" section of his official campaign website, for instance, health care is nowhere to be found among the dozen issue areas listed.

A recent ad launched by the pro-Begich super PAC Put Alaska First features a breast cancer survivor who thanks the lawmaker in vague terms for having "fought the insurance companies"; it was widely praised in progressive circles for addressing health care.

But in none of the incumbent's first four TV ads does he himself mention the signature legislative achievement of Obama's tenure, which the Alaska Democrat helped vote into law.

And health care isn't the only topic on which Begich wants to disassociate himself from the president. Asked to access the Obama presidency as a whole, the highest praise he had to offer was that "there's some things he's done OK on" -- not exactly glowing praise from a fellow party member.

"If he's coming to Alaska at any point, I don't need him to campaign for me," Begich said of Obama. "What I need him to do is see the areas of issues he and I disagree on, so I can convince him otherwise."

On that list of disagreements, Begich cites oil and gas development, gun rights, the cost of living on military bases and rural education policy.

As he waits to see which of three Republican opponents survive the hotly contested GOP primary in August, the one issue on which Begich is most eager to cite his solidarity with Obama is something that might surprise outside observers: He recently released a statewide radio ad touting his own support for -- and the Republican candidates' opposition to -- abortion rights.

Left-leaning media organizations such as the Daily Kos interpreted this move as a bold one from a "proud Democrat" who is not "running scared" in a red state.

Though recent statewide polling on the issue is scarce, the Alaska electorate generally favors broad-based "individual freedoms" and traditionally has leaned toward Begich's position on abortion rights. (Even the state's Republican senator, Lisa Murkowski, has a mixed record on the issue.)

In voicing this stance, Begich noted that he is in line with the voters he is hoping to represent for another term.

"One thing that hasn't changed is we're very libertarian when it comes to some of these issues, and we don't believe that government should be interfering in our personal and private lives," Begich said. ". . . No one is for abortion, but giving choice is very important and I think it's important the differences be made clear."

Having beaten the iconic Ted Stevens by less than 4,000 votes in 2008 -- even though the 40-year Senate veteran was, at the time, a convicted felon -- Begich is one of Republicans' highest-priority targets this year, and for good reason.

But no one who is even vaguely acquainted with the former Anchorage mayor's tirelessness as a campaigner -- or, for that matter, Alaska's complex political landscape --believes that it will be easy to defeat him.

The only current U.S. senator who lacks a college degree, Begich is perhaps Alaska's savviest politician. He knows the right buttons to push, and he pushes them often.

Though he has served less than one term, he is already 63rd in Senate seniority. That rapid rise through the ranks presents a valuable asset for a state with such a small population, something Begich will helpfully point out to anyone who is listening.

In the interview with RCP, he likened his seat on the Senate Appropriations Committee to "the holy grail" and related a recent conversation with a GOP voter who intended, Begich said, to back him in November solely because of the seniority he has acquired.

And rather than duck questions about political process, which many politicians are wont to do, Begich embraces the strategist role.

Sullivan is the preferred candidate of the national party establishment and has proven to be the most formidable fundraiser of the group, outraising his two Republican opponents and Begich combined in the first quarter of this year.

But the incumbent challenges the conventional wisdom of "pundits outside Alaska," noting that Treadwell is a vigorous campaigner and Miller maintains by far the most avid core supporters of the three, having won the 2010 primary despite a public poll showing him trailing Murkowski by 32 points less than a month before Election Day.

"People everywhere in this town write him off -- I don't," Begich said of Miller. "Everyone's a player right now in that race. The pundits will always say the guy with the cash is the winner. Alaska politics is always about knowing and meeting and greeting the voters."

Primary Day in Alaska falls on Aug. 19, leaving just 11 weeks for general election campaigning. Having brought down a political titan almost six years ago, Begich says he will be ready for whoever becomes his next opponent.

"I fear them all," he said. "I campaign hard in every race."