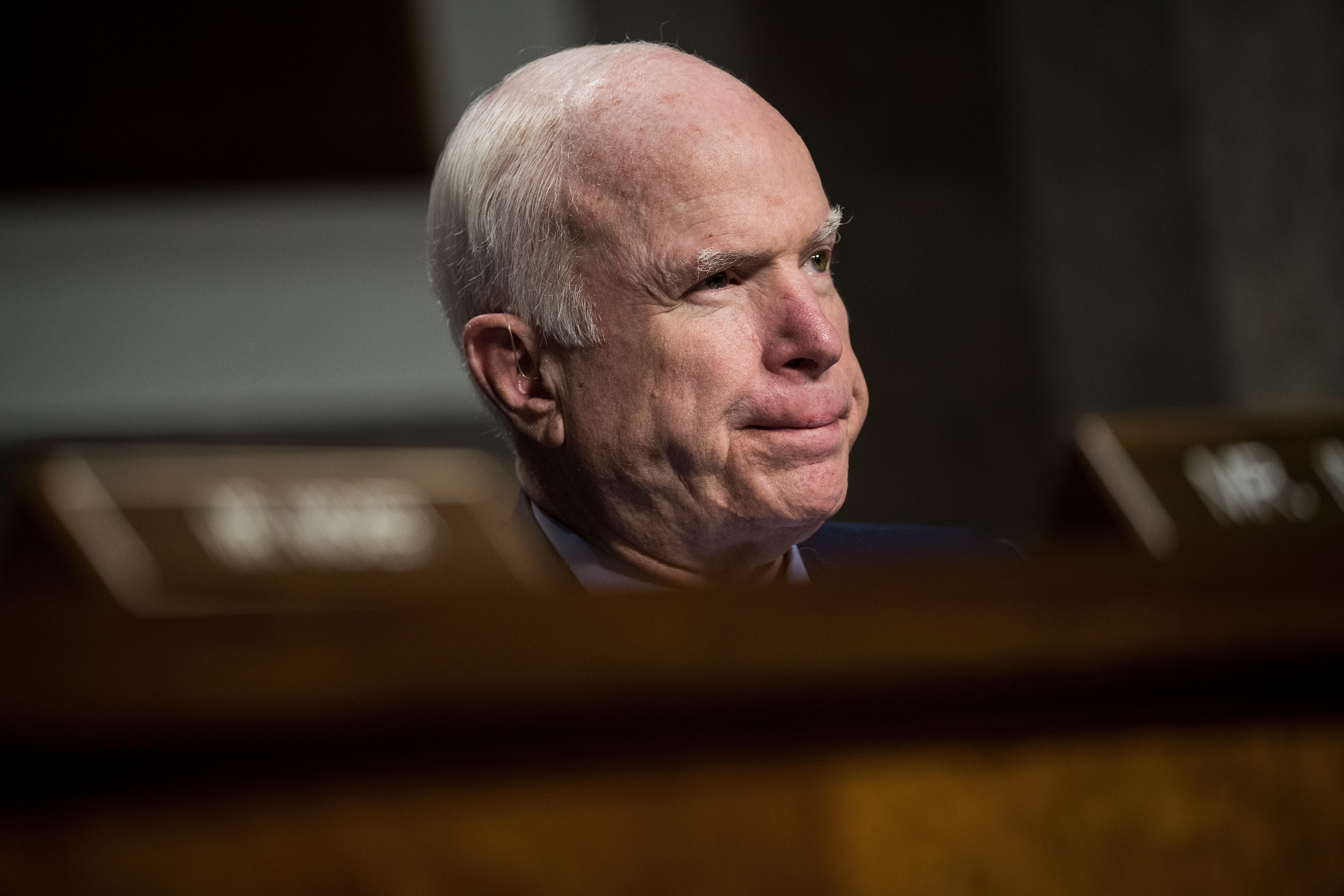 In a Sunday interview with C-SPAN on his military service, Sen. John McCain, R-Arizona, in an apparent swipe at President Trump, said wealthy Americans claiming they had a bone spur to keep them from serving was "wrong."

"One aspect of the conflict, by the way, that I will never ever countenance is that we drafted the lowest-income level of America, and the highest-income level found a doctor that would say that they had a bone spur," McCain said.

McCain's comments appeared to be in reference to Mr. Trump's bone spur diagnosis, which allowed him to be medically disqualified for service back in 1968. The Arizona Republican has been a frequent and outspoken critic of Mr. Trump.

Mr. Trump, who attended the New York Military Academy as a child, told a biographer that he did not serve in Vietnam because of medical deferments for bone spurs in his heels and a high draft number.

"My number was so incredible and it was a very high draft number. Anyway so I never had to do that, but I felt that I was in the military in the true sense because I dealt with those people," he told the biographer.

During the 2016 campaign, Mr. Trump also drew criticism for suggesting that McCain was only considered a war hero because captured. McCain, a naval aviator and the son of an admiral, was shot down during a combat mission and held in Hanoi for over 5 years as a prisoner of war. He was frequently tortured by his captors.

"He's not a war hero," Mr. Trump said at the Iowa Family Leadership Summit in 2015 when moderator Frank Luntz brought up McCain.

"He's a war hero because he was captured," Mr. Trump said at the time. "I like people that weren't captured, OK?"

McCain, speaking to C-SPAN, said that by the military relying on the "lowest income Americans" for service, forcing many minorities to fight, was a "black mark on the history of this country."

He described it as "those of the lowest income level to do the fighting for us while the wealthy stayed home."