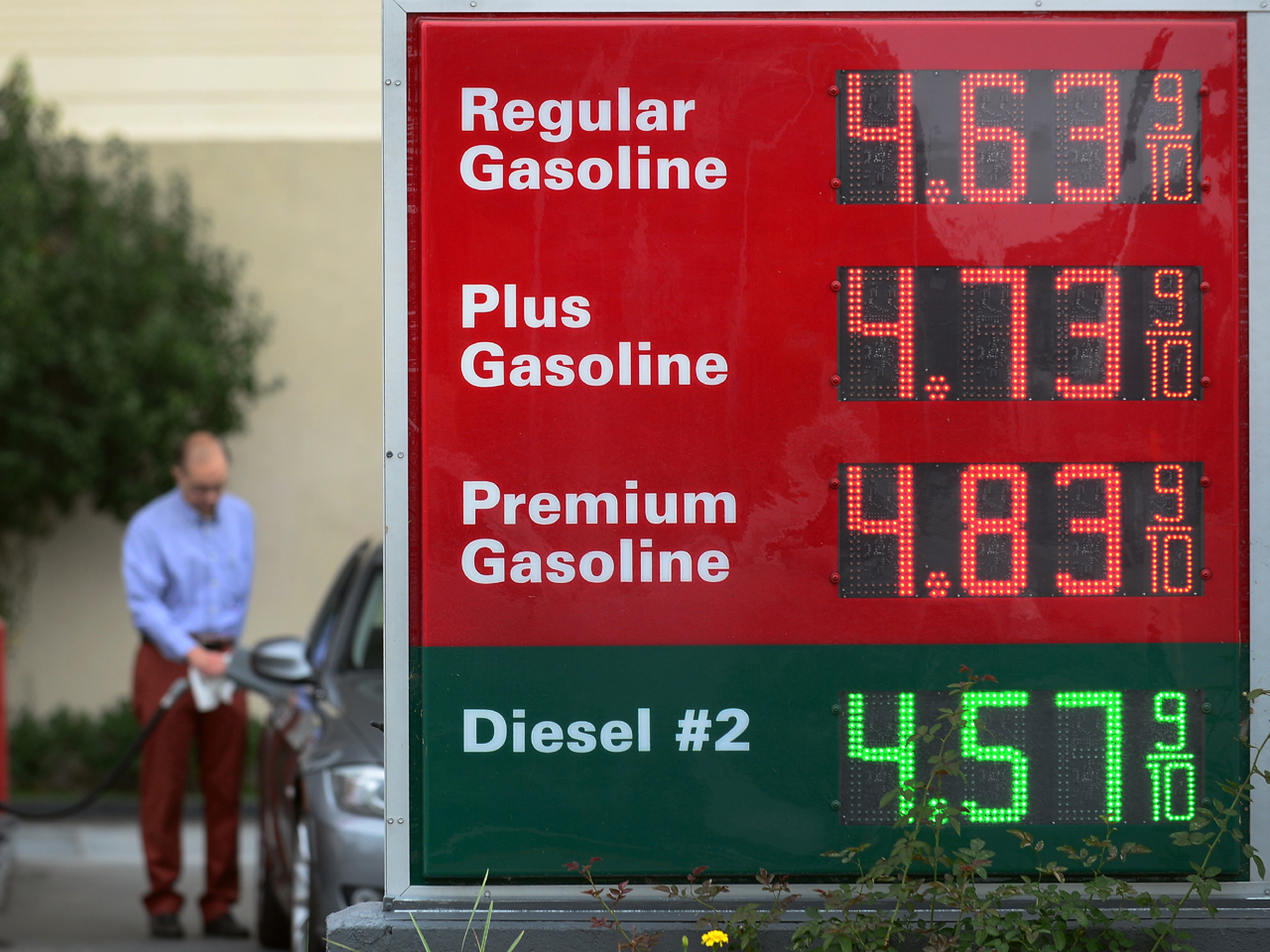 LOS ANGELES Sen. Dianne Feinstein, D-Calif., has called on the Federal Trade Commission to investigate the sharp rise of gasoline prices in California, asking the feds to determine if illegal manipulation of the market cause the spike.

The statewide average price for a gallon of regular gasoline rose to an all-time high of $4.668 on Monday - the third record-setting day in a row.

In her letter to the FTC Sunday Feinstein said California residents need to be protected from "malicious trading schemes."

Despite a pipeline and refinery shutdown, state data shows gas production last week was "almost as high as a year ago, and stockpiles of gasoline and blending components combined were equal to this time last year," she said.

"Publicly-available data appears to confirm that market fundamentals are not to blame for rising gas prices in California," the California Democrat wrote in a letter to FTC chair Jon Leibowitz.

Feinstein asked if prices went up as a result of "an illegal short squeeze" engineered by a handful of companies that refine gas in the state, questioning Tesoro Corporation's shut-down of a refinery in South Bay for maintenance or other possible actions by gas suppliers "either through collusion or the use of market power."

She asked the commission to start monitoring the market for fraud, manipulation, or other malicious trading practices.

In some locations, fuming motorists paid $5 or more per gallon while station owners had to shut down pumps in others.

A station in Long Beach south of Los Angeles had California's priciest gas at $6.65 for a gallon of regular, according to GasBuddy.com. Meanwhile, customers at an outlet in San Pablo north of Oakland paid just $3.49, the lowest.

The dramatic surge came after a power outage at an ExxonMobil refinery in Torrance, Calif., that reduced supply in an already fragile and volatile market, analysts said. The refinery came back online Friday.

Prices were expected to stabilize in the coming days. Patrick DeHaan, senior petroleum analyst at GasBuddy.com, predicted the average price could peak as high as $4.85 before coming back down.

Gov. Jerry Brown on Sunday ordered state smog regulators to allow winter-blend gasoline to be sold in California earlier than usual. Winter-blend gas - which costs less - typically isn't sold until after October 31, so introducing it earlier should bring down prices. Few refineries outside the state are currently making summer-blend gas, putting the pressure on already-taxed California manufacturers.