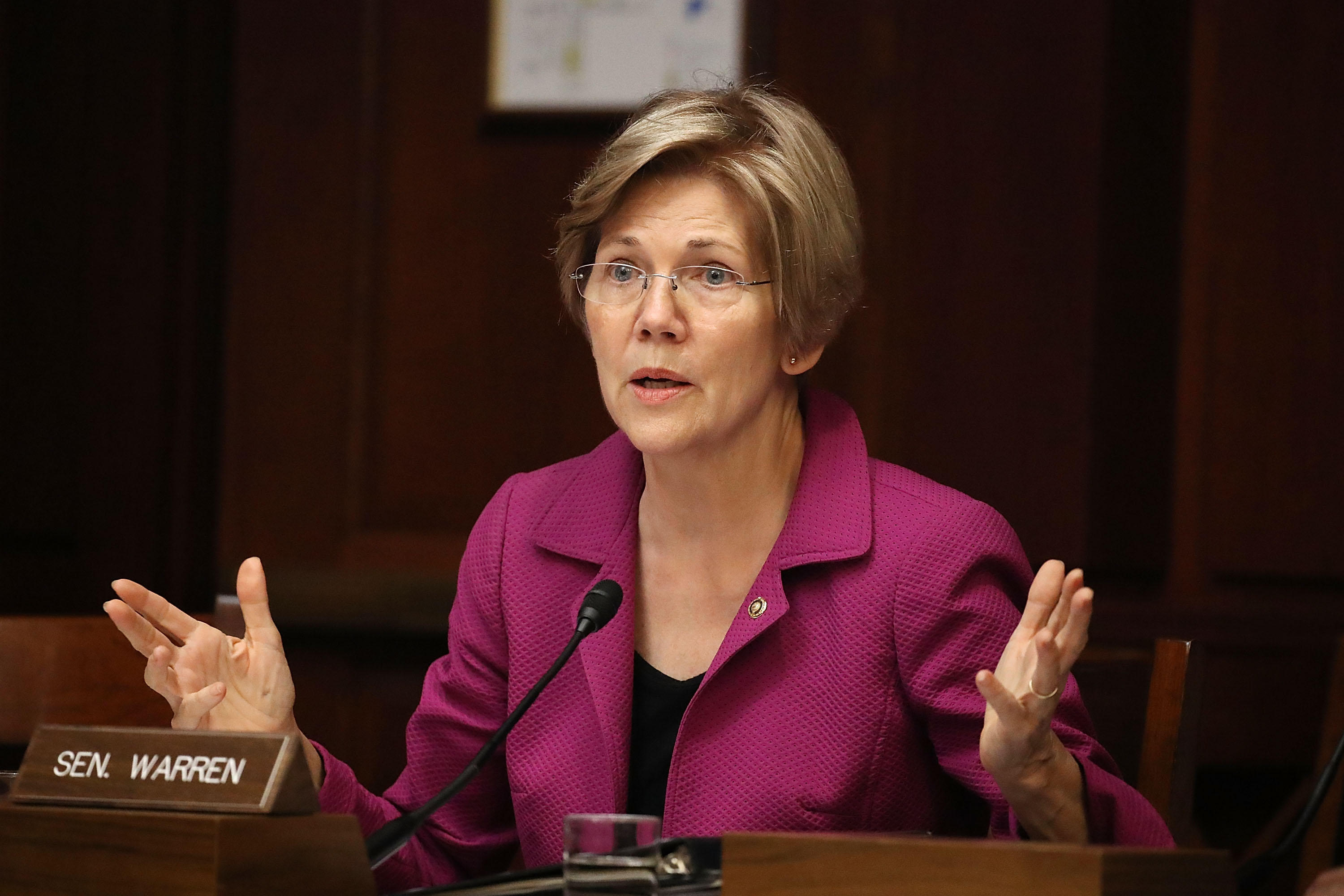 Following a jab at Sen. Elizabeth Warren, D-Massachusetts at a White House event honoring the heroism of Navajo code talkers, Warren is now using the president's own words for fundraising efforts, telling supporters that Mr. Trump has stooped to a "disgusting low."

"You might have heard that Donald Trump likes to call me 'Pocahontas.' He does it on Twitter, at rallies, and even in official White House meetings," Warren wrote in a Monday fundraising email, calling it the "very worst of gutter politics."

Mr. Trump was hosting the code talkers at an event in the Oval Office on Monday when he deviated from his prepared remarks, commenting on how long Native Americans have lived in the United States.

"You're very, very special people. You were here long before any of us were here. Although we have a representative in Congress who they say was here a long time ago. They call her Pocahontas. But you know what. I like you. Because you are special, " Mr. Trump said.

In her email, Warren denounced the name as a "racist slur," saying the president did so because "he thinks that he can bully me and shut me up. He thinks he can bully and silence anybody he wants."

Mr. Trump has called her "Pocahontas" in the past in reference to questions about Warren's heritage. The controversy stems from a flap that originated with her senate campaign, in which she was unable to prove definitively that she had Native American heritage.

Warren, who appeared on MSNBC shortly after the remark was made, said the president "wants us distracted" from issues like tax reform and the ongoing infighting over at the Consumer Financial Protection Bureau.

She added in a final push for financial support, "Let's show Donald Trump that we're sick of his racist slurs by getting to work to fight his agenda. Donald Trump can keep attacking my family – but I'm going to keep fighting for yours."