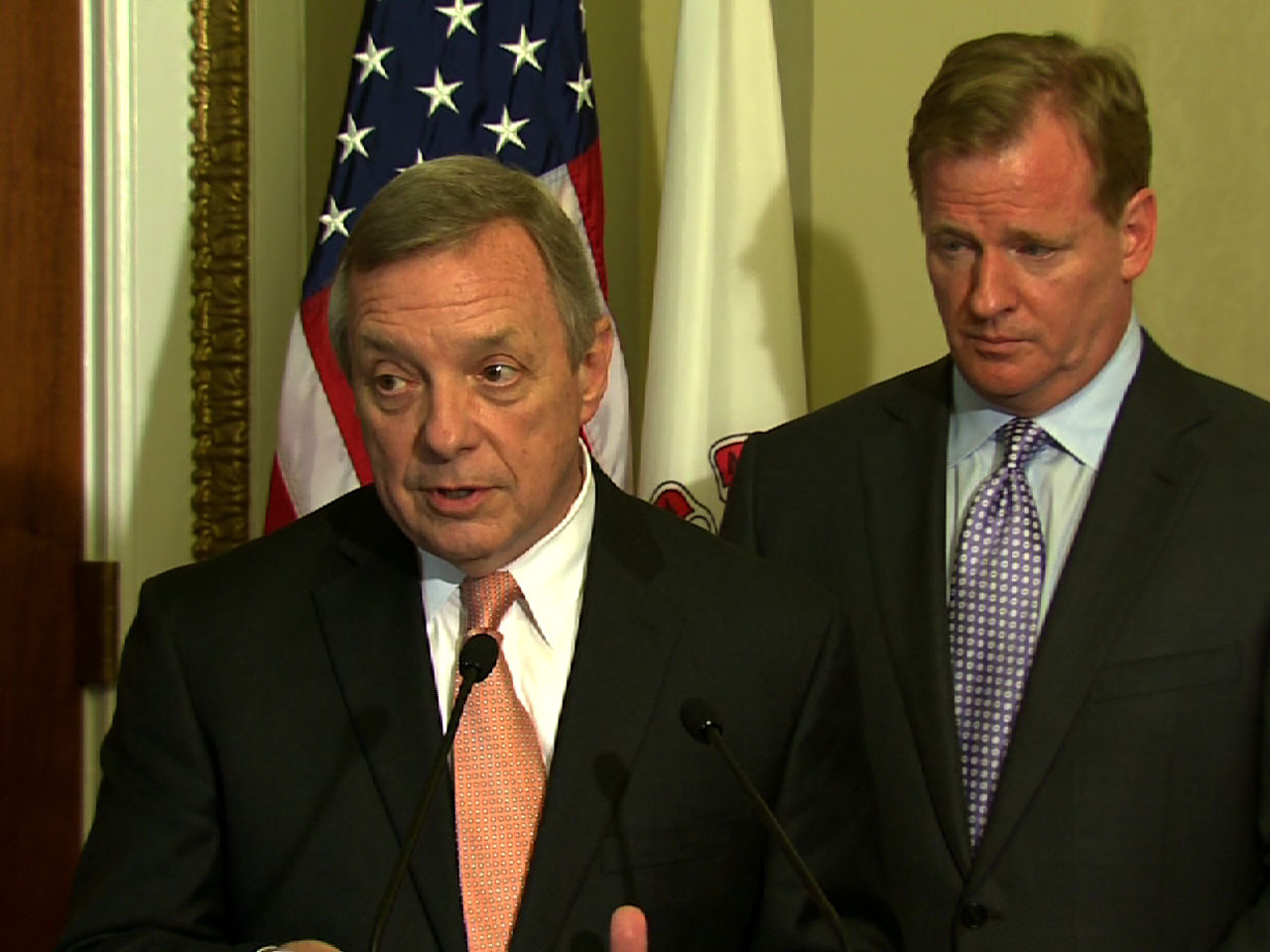 (CBS News) Senator Richard Durbin, D-Ill, said Mitt Romney's support for two parts of the Obama administration health care law shows that Romney is "picking and choosing" the popular parts while not admitting that the those provisions won't work on their own.

"Now he's trying to take the popular part... and not acknowledge the basis for it, which is to bring everybody in as Obamacare does," Durbin said on "CBS This Morning."

On NBC's "Meet the Press" Sunday, Romney said he supports the provisions that allow young people stay on their parent's insurance and require people with preexisting conditions to purchase health coverage.

"He's picking and choosing the pieces he likes but they don't fit," Durbin told "CTM." "If you just bring in sick people when they're sick it doesn't work."

Insurance companies signed off on allowing those with preexisting conditions to enter the insurance market if healthy people also joined, which led to the individual mandate.

"Governor Romney knows it because he put the mandate in place for the very same reason" in Massachusetts, Durbin insisted.

"Governor Romney has clearly and repeatedly stated that he will repeal Obamacare in its entirety and replace it with patient-centered reforms that protect Americans' access to care. President Obama's government takeover of health care is bad law because it raises taxes, limits patient choice, kills jobs and stifles innovation," the statement read.

On "CBS This Morning" Monday, Dubin also said Romney and his running mate Paul Ryan's failure to provide details on their tax plan indicates that they are playing defense on the campaign trail.

Durbin acknowledged that the economy is the biggest issue of concern to voters and he went on to defend President Obama's handling of the recover.

"We put the president's approach which is showing positive results against a Romney theory, which doesn't even compute, it doesn't calculate, the arithmetic doesn't work," Durbin said.