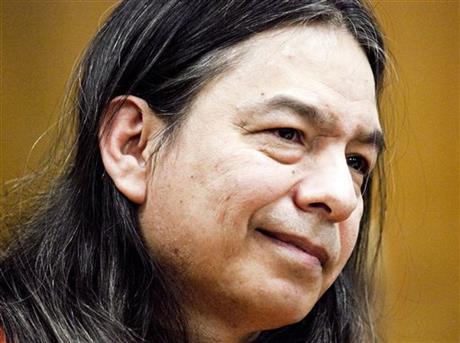 WICHITA, Kan. - The leader of a Kansas commune that prosecutors say lived off of insurance payouts following the deaths of group members is set to stand trial for murder in the 2003 drowning of one of them -- a young mother whose death he allegedly foretold weeks before it happened.

Daniel U. Perez, a 55-year-old self-proclaimed seer, is charged with first-degree premeditated murder in the death of 26-year-old Patricia Hughes at the group's compound in the Wichita suburb of Valley Center. Jury selection begins Monday in Sedgwick County District Court.

Authorities have investigated several deaths linked to the group, but the Wichita trial will deal only with Hughes's death and other crimes that allegedly occurred while its fewer than a dozen members lived communally in Sedgwick County. The bizarre case led investigators through a web of false identities and money that stretched through Texas, South Dakota, Missouri, Kansas and Tennessee.

Its members lived together in one large home or in houses in close proximity, and moved from state to state. They have apparently dispersed since Perez, who had assumed the false identity of Lou Castro, was first arrested in 2010 on identity theft charges and sent to federal prison for two years. Kansas authorities unsealed the state charges in 2012 as soon as he finished that sentence and he has been jailed awaiting trial ever since.

Investigators initially believed Hughes drowned while trying to rescue her 2-year-old daughter from a swimming pool. But they reclassified it a homicide after a woman came forward and said it had been staged to look like an accident.

The woman, who was 12 years old at the time, testified during a pretrial hearing that right before she died, Hughes kissed her 2-year-old daughter goodbye and reassured another child that she would return from the dead.

The woman, whom The Associated Press isn't identifying because she is allegedly a victim of sexual assault, said Hughes helped unfurl the pool vacuum to make her death look accidental, and that Perez and Hughes then told her to wait in a nearby shop office with Hughes' daughter. She said she heard a splash and a scream, and that she trembled while she was holding the toddler.

The woman said Perez's forearms were wet and he was out of breath when he came into the office, and that he told her to wait 20 minutes before going to the pool and getting into it with the toddler. She said he told her to then call the police and to tell investigators that Hughes fell and hit her head while trying to rescue her daughter.

Witnesses have portrayed Perez as a domineering leader who kept a tight rein on his young, mostly female followers. Although he claimed to be able tell the future and possess other mystical powers, none of the preliminary testimony in the case has pointed to any religion or other social agenda uniting them. Several of the women testified about alleged sexual violence and their fear of him. Prosecutors say Perez and his followers lived lavishly off of life insurance payouts following the deaths of other commune members.

Nobody has been accused of wrongdoing in those other deaths. Among them were a 2001 plane crash in South Dakota that killed a group member, her boyfriend and her 12-year-old daughter. Hughes' husband was killed in 2006 when a car jack failed and he was crushed in South Dakota. And a 2008 traffic accident killed another group member who had legal custody of Hughes' orphaned daughter.