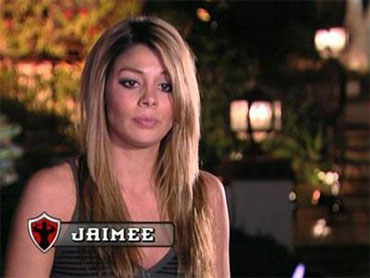 One of the many women claiming to have had a sexual relationship with Tiger Woods says she regrets not having given any thought to the impact the affair would have on the golfing great's wife.
Jaimee Grubbs told Extra TV she's sorry about what she did to Elin Nordegren.

Grubbs, who's appeared on the VH1 reality show "Tool Academy," claims she met Woods in Las Vegas in April 2007, when she was working as a 21-year-old cocktail waitress, and began what she says was a 31-month-long affair.

She told Extra, "I have no words to explain, you know, what I've done to her or her family. I guess I would be deeply sorry for never considering her during the whole process."

Grubbs told Inside Edition she thought Woods cared about her, but now, she calls his actions hurtful and says she feels betrayed.

Meanwhile, more intimate e-mails and text messages between Woods and his alleged mistresses have surfaced.

But still to be heard from: Nordegren, who's said to be even more private than Woods himself.

A former model and one-time nanny, Nordegren has been busy in recent years raising the couple's two young children.

According to a source who spoke with People magazine, Nordegren "really believes in the importance of parents staying together."

Still, another source revealed Nordegren is "devastated by the extent of Tiger's cheating."

And someone reported to be a lifelong friend of Nordegren told People, "Don't let the pretty blond thing fool you. She is tough. She's a fighter. And I'm sure she's fighting like hell right now to keep her family intact, but also to make sure Tiger will always be haunted by this."