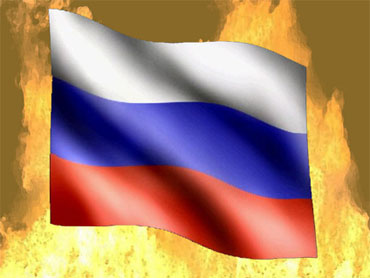 A blaze that killed nine people at a Russian nursing home early Monday apparently started when an elderly resident doused himself in gasoline and set himself on fire, investigators said.

Daria Korovina, a spokeswoman for the regional Emergencies Ministry, said two other people were injured in the fire at the facility in Vishny Volochek in the Tver region, about 120 miles north of Moscow. Some 480 people were evacuated, she said.

The state news agency ITAR-Tass reported the man was believed to be upset about being unable to obtain an apartment of his own, which he had sought under a program providing housing for World War II veterans.

Also Monday, a fire of uncertain cause broke out in a wooden building that is part of a halfway-house complex for the mentally ill in the Ulyanovsk region, 300 miles southeast of Moscow, but there were no injuries, the Interfax news agency reported.

Russia suffers frequent fires at hospitals, schools and other state-run facilities. Many have been blamed on negligence and violations of fire safety rules. They have served as grim reminders of crumbling infrastructure in Russia.

However, the head of the Emergencies Ministry's supervision department, Yuri Deshevykh, was quoted by the ITAR-Tass news agency as saying the nursing home's fire-alarm system, installed this year, had functioned properly. The Investigative Committee said the seven-story brick building was constructed in 1988.

Russia records nearly 18,000 fire deaths a year, several times the per-capita rate in the United States and other Western countries.

In January 2009, a nursing home fire in the Komi region of Russia's northwest . A November 2007 fire caused by a short circuit killed 32 patients in a nursing home in the Tula region south of Moscow.

In March 2007, 62 people died in a fire in another nursing home in southern Russia. A nearby fire station had been shut, and it took firefighters almost an hour to get to the site from a larger town after before reporting the blaze, authorities said.

In the same year, a nursing home fire killed 10 people in Siberia. The fire alarm system functioned properly, but a nurse on duty was away at the time and failed to immediately alert patients and call firefighters.

In December 2006, that killed 46 women at a drug treatment center. Inspectors had recommended its temporary closure earlier that year because of safety violations.
By Associated Press Writer Jim Heintz