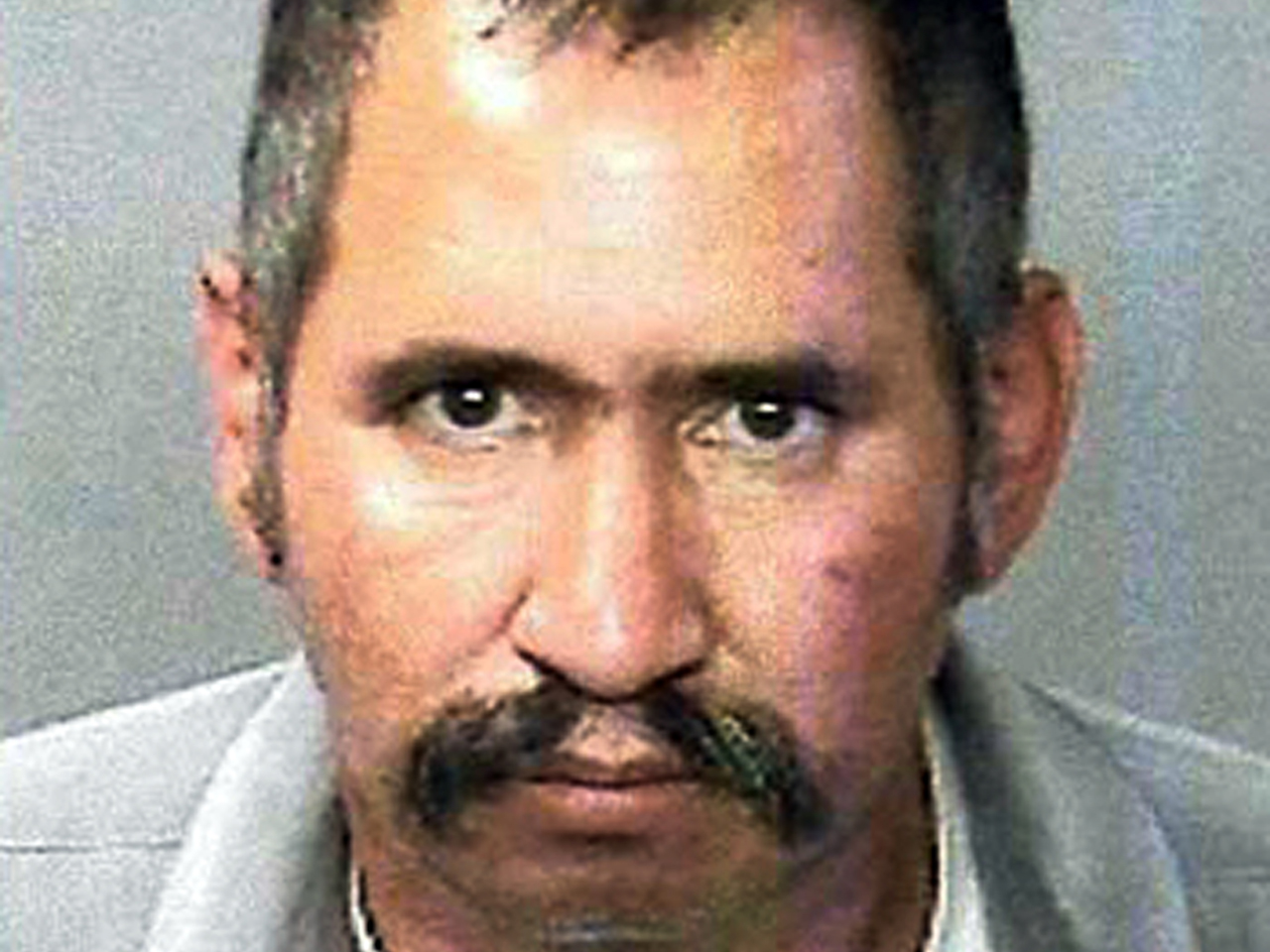 VISALIA, Calif. - A man who says he was a cartel enforcer pleaded guilty Tuesday to nine counts of murder in California.

Jose Manuel Martinez will be sentenced next month to life in prison without the possibility of parole under the terms of a plea deal.

He also pleaded guilty to one count of attempted murder of a 17-year-old.

After being arrested in 2013, the 53-year-old Martinez opened up to investigators about his violent career of more than 30 killings.

Authorities say he acknowledged killings across the U.S. and refuses to name his cartel associates. They say they believe Martinez because he gave details that nobody else would know.

Last year, Martinez pleaded guilty in an Alabama court and was given a prison sentence of 50 years.

In California, he was charged with killing people in Tulare, Kern and Santa Barbara counties between 1980 and 2011. The victims ranged in age from 22 to 56.

Investigators say that in 1980, Martinez shot a man who was driving to work with three other people in the vehicle. Martinez is accused of shooting another man in bed early one morning in 2000 while the man's four children were home.

Martinez had lived at times in Richgrove, a small farming community in Central California about 40 miles north of Bakersfield.

He was arrested in 2013 shortly after crossing the border from Mexico into Arizona and began to disclose details of his past while facing the case in Alabama.

"After he confessed to it, it was just like opening up the floodgate," Tim McWhorter of the Lawrence County Sheriff's Office in Alabama said at the time.

In Alabama, Martinez pleaded guilty in the killing of a man for making derogatory remarks about Martinez's daughter.

Prosecutors in California have released few details about evidence linking Martinez to the nine killings.