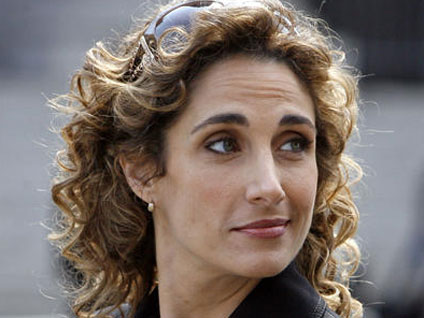 "We hoped Melina would return to 'CSI: NY' for another season, but we respect her decision to move on," CBS Television Network and CBS Television Studios said in a statement. "She will forever remain a friend to the network and studio and we wish her the very best."

Word of Kanakaredes' departure comes as production is set to begin on a seventh season for the show, which is moving from Wednesday to Friday nights. Actor Gary Sinise stars.

Speculation is rampant about a possible replacement and the most often mentioned actress is Sela Ward.

The 54-year-old Mississippi-born actress is best known for playing Teddy Reed in the 1990s TV drama "Sisters." She has had numerous TV and movie roles since then.

Heard's sister, friend back her assault claims against Depp
Thanks for reading CBS NEWS.
Create your free account or log in
for more features.
View CBS News In
CBS News App Open
Chrome Safari Continue
Be the first to know
Get browser notifications for breaking news, live events, and exclusive reporting.