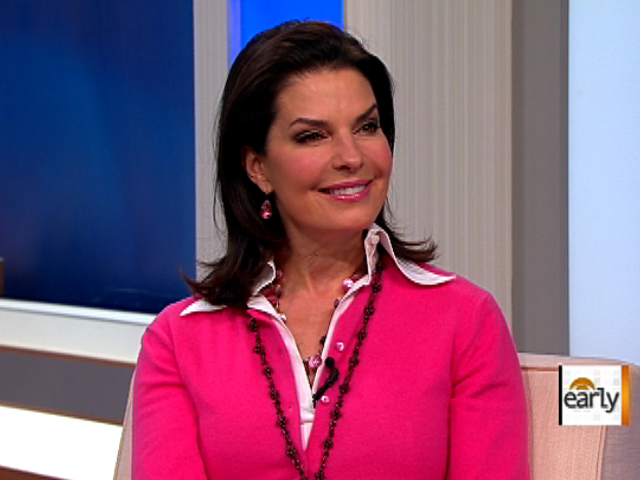 Actress Sela Ward has joined the cast of "CSI: New York." The Emmy and Golden Globe award winner stars as detective Jo Danville, an expert on psychological profiling who is facing personal and professional challenges with her adopted daughter.

Ward has a personal connection to her new role, and gets choked up just watching a scene from the show.

The stunning actress has a heart of gold. Staying true to her Southern roots, she runs an orphanage for neglected and abused children in her hometown of Meridian, Miss.

"I don't think they knew I had started that home for abused and neglected kids. It's called Hope Village for Children. And when I read the script, I thought, 'This is fabulous, this is just' -- and it just kills me, that particular scene, you know, where she said, 'You adopted me because you feel guilty.' Because I'd put her mother away. It's a fabulous story line," Ward tells "Early Show" co-anchor Chris Wragge.

Ward's film credits include "The Stepfather," "The Guardian," "The Fugitive," and "The Day After Tomorrow," and she's also starred on the hit TV show, "Sisters" and more recently, "House."

So what's it been like being the new kid on the block on "CSI: New York"? Is it as tough as it looks?